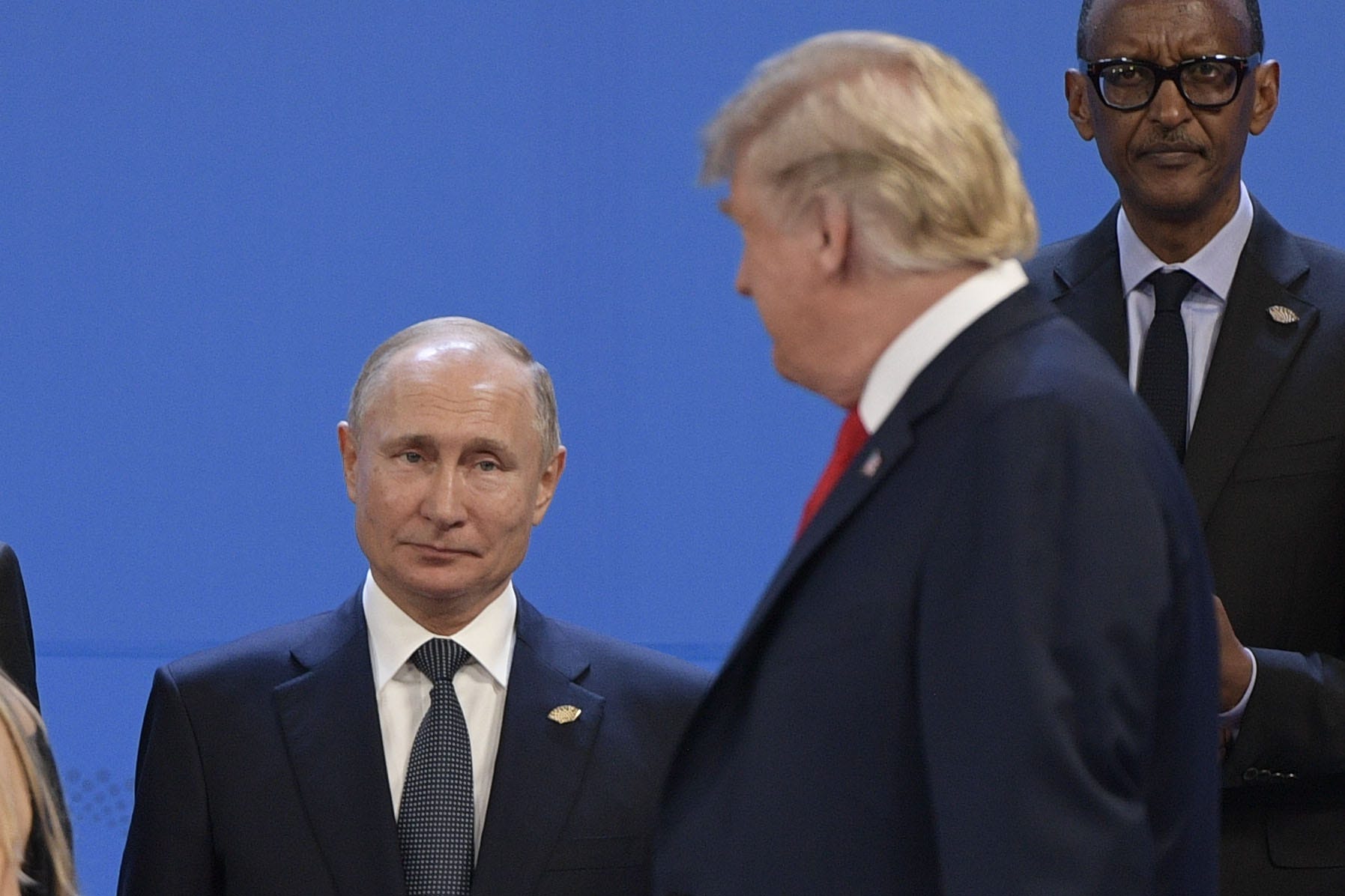 President Donald Trump met with Russian President Vladimir Putin for about 15 minutes without a U.S. note taker or translator at the G-20 summit in November, The Financial Times reported Tuesday.

Trump and his wife, Melania Trump, sat with Putin and his interpreter at a table in the Buenos Aires opera house at the end of an event held there as part of the summit. They were among the last people to leave the theater, according to the Times.

The White House previously said Trump and the first lady “had a number of informal conversations with world leaders at the dinner” that night, “including President Putin.” But the Times reported that “people familiar with the conversation said it appeared longer and more substantive than the White House has acknowledged.”

An unnamed Russian government official told the newspaper that Trump and Putin spent about 15 minutes discussing when they could meet formally, the conflict in Syria and an incident where Russia seized three Ukrainian navy vessels in the Black Sea.

The two leaders had been scheduled to meet at the gathering in Argentina, but Trump canceled, citing the Russian naval aggression. Putin said he shared his side of the incident with Trump when they spoke at the summit, the Russian news agency TASS reported.

In response to The Financial Times report, Kremlin spokesman Dmitry Peskov said, “Putin had a host of sporadic contacts on the sidelines of the summit.”

Peskov added that it “is absolutely none of our concern who had and didn’t have a translator there. President Putin’s translator is with him all the time.”

The Washington Post reported this month that Trump went to “extraordinary lengths” to keep details from his conversations with Russian President Vladimir Putin secret, including taking the notes from his meeting with Putin at the 2017 G-20 summit in Hamburg, Germany. That report prompted fresh calls from Democratic lawmakers for Trump’s interpreter to testify before Congress.

The reports of Trump’s efforts to keep the content of his talks with Putin secret has further fueled suspicion among his critics who fear he is somehow compromised by the Kremlin. Trump has dismissed such theories as a “hoax” and said his administration has been tougher on Russia than his predecessors.

Peskov said the suspicions raised by Trump’s talk with Putin are merely “the media’s hysteria.”

“In each and every case that concerns Trump, a completely and truly frenzied slant is apparent, which is not based on any real facts as a rule,” Peskov said, echoing a claim often made by the president himself.

As awards race heats up, molten metal is forged into BAFTA statues

Police grapple with how to subdue without killing