All of the completed deals leading up to the NBA’s Feb. 7 trade deadline are below. For all of the newest deals, rumors and analysis, check out our deadline day tracker.

► Analysis: Mavericks are trying to create salary cap space to go after a quality free agent in the summer, and Jackson is turning into a solid 3-point shooter; the Kings wanted a veteran wing player such as Barnes, who has a player option for 2019-20 and can help the Kings with their playoff push.

► Analysis:The John Wall injury news prompted the Wizards to shed salary, and Porter is owed $51.7 million over the next two seasons.

► Analysis: Rookie Sixers GM Elton Brand swung for the fences by adding Harris, who immediately gives the Sixers one of the best starting lineups in the NBA. 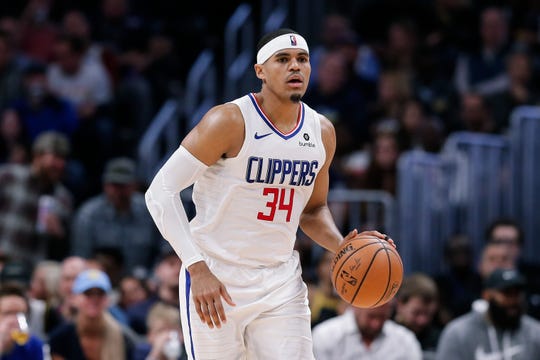 ► Analysis: The Wizards are looking for ways to get under the luxury tax line, and this trade helps them do it.

► Rockets get: Iman Shumpert from Kings; Nik Stauskas, Wade Baldwin from Cavs; Kings get: Alec Burks from Cavs; Cavaliers get: Brandon Knight, Marquese Chriss and a lottery-protected first-round pick from the Rockets.

► Analysis: Maker wanted out of Milwaukee, and Johnson just never developed as Detroit had hoped. A do-over for both players.

► Analysis: Heat reduced its luxury tax bill, and Ellington is hoping the Suns waive him so he can join a contender.

► Analysis: Though Hood spent about a year with the Cavs, a change of teams could be good for him; the Cavs are in the market for trade assets.

► Analysis: The Bulls love their cash considerations when it comes to trades.

Experts weigh in after 4 deaths at Dolphinaris Arizona

"I will never let you down," Trump pledges at National Prayer Breakfast