The past five years have been the warmest years since records began in the late 1800s, according to NASA and NOAA.
USA TODAY

While we’ve been shivering up here, folks in the Southern Hemisphere have been baking in all-time record summertime heat.

Records have been set recently in Australia, Chile and Argentina, sparking wildfires and exacerbating droughts.

In Australia, the heat was so intense it caused bats to fall from trees and snakes to seek refuge in people’s toilets, according to the Australian Broadcasting Corporation and the Capital Weather Gang.

Overall, it was the hottest January in Australia ever recorded, the Australian Bureau of Meteorology reported. The heatwaves there were “unprecedented in their scale and duration,” the bureau said.

One remarkable record was set in Port Augusta, Australia, which soared to 121 degrees. That’s the hottest temperature ever recorded at a coastal location in the Southern Hemisphere, according to Weather Underground meteorologist Bob Henson. 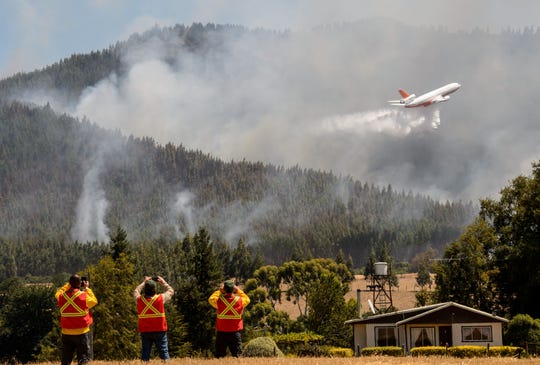 Late in the month, folks in Wanaaring endured Australia’s all-time hottest night, when the overnight temperature only dropped to a sweltering 97.9 degrees.

The merciless heat has intensified droughts in several parts of Australia, the bureau said.

Across the Pacific, at the far southern tip South America, the tiny town of Porvenir, Chile, soared to 90.5 degrees earlier this week. This may have been the Earth’s most southerly 90-degree temperature on record. “Heat this high on the southern tip of South America is unprecedented,” wrote Guy Walton, an Atlanta meteorologist who tracks weather records.

The heat in Chile sparked a number of wildfires this week. The fires have killed two people and burned thousands of acres, AFP reported.

And despite the recent polar vortex invasion up here in the U.S., the global temperature in 2018 was the fourth-hottest on record, scientists announced earlier this week.

Overall, the past five years have been the five warmest years since records began in the late 1800s, both NOAA and NASA said.

Heat will continue to be the Earth’s major weather story in the future, as the globe warms due to human activity: Heatwaves and other extreme weather “are likely” to persist as a “consequence of accelerating climate change,” a report from the World Meteorological Organization said last year.