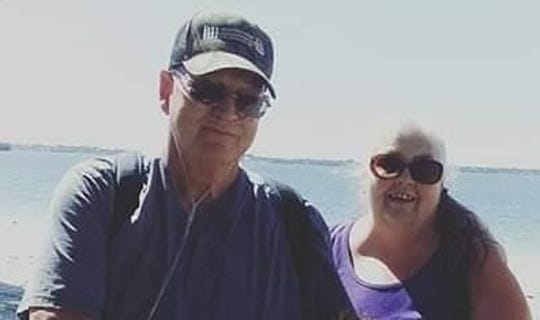 Putting others first, helping people and “giving his life for someone else” was how he lived, Mark Evans said Tuesday.

Paul Evans, 66, died Feb. 6 after jumping into the Intracoastal Waterway to save his 5-year-old grandson, Noah.

Evans; his wife, Martha Evans; and two grandchildren were on a seawall fishing northeast of Fort Pierce when Noah hooked a fish so big it pulled him into the water, Mark Evans said.

‘Knocked the wind out of him’

Paul Evans holds his granddaughter, Carly Evans, alongside his wife, Martha Evans, in this photo provided by family. Paul Evans died while attempting to save his grandson, 5-year-old Noah, on Feb. 6, 2019. (Photo: CONTRIBUTED PHOTO BY PAULA EVANS)

Mark Evans said his brother used oxygen around the clock, and had kidney disease and sarcoidosis, an inflammatory disease that affects multiple organs in the body, but mostly the lungs and lymph glands.

That didn’t stop Paul Evans from removing his oxygen and jumping into the water after his grandson.

Mark Evans said the tide was coming in, and a sheriff’s official told him it was a strong current and the water in that area is deep.

“The medical examiner said that hitting the water knocked the wind out of him and that his lungs just weren’t strong enough for him to recover,” Mark Evans said.

After Paul Evans jumped in the water, his wife, Martha, did, as well, Mark Evans said.

He said Paul Evans was floating face down, with Noah holding his foot as Noah treaded water. Martha Evans swam to them, and Noah climbed on her back and put his arms around her neck. She swam back to the seawall and a fisherman there helped get Noah out of the water.

Martha Evans returned to her husband, and tried but was unable to turn him face up in the water.

“She was screaming for help, and a boater (arrived),” Mark Evans said.

Together, they turned Paul Evans over.

Mark Evans said someone called 911, and the Coast Guard got Martha Evans back to shore. She headed to the hospital where her husband was taken.

A sheriff’s report states firefighters retrieved a man, whose name is excised, out of the water. He was taken to Lawnwood Regional Medical Center & Heart Institute in Fort Pierce.

‘They would help anybody’

Mark Evans said their father taught them to hunt and fish as they grew up in Michigan, and Paul Evans loved those activities.

His parents moved to Florida in 1975, and his father owned a fish camp in Osteen in Volusia County, said Mark Evans, who said he lives not far away in Geneva. 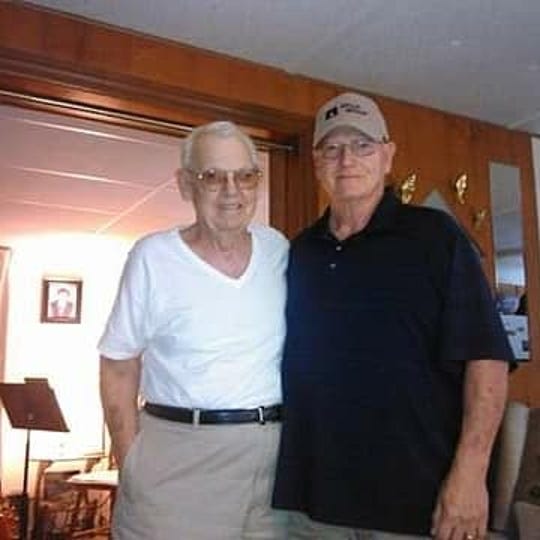 Paul Evans worked as a mechanic, in logging and also had been a bouncer at a bar. He moved to Fort Pierce in the late 1970s and met his wife there.

Reached late Tuesday, Martha Evans said she was married to Paul Evans for 36 years. They met at a party in Fort Pierce.

“He’s a wonderful man. He’d do anything for anybody,” Martha Evans said. “His life was his wife and his children. He doted on us.”

They were living with two daughters and their grandchildren in a mobile home park on U.S. 1, Mark Evans said.

Paul Evans and his wife didn’t have much, but were generous with what they did have, he said.

“They were just good, down-to-earth people that would help anybody if they could,” Mark Evans said.

He said Paul Evans weathered difficulties in life, including the loss of a son, but kept a good attitude.

“This really kind of sums up his life for him to go out like this, giving his life for someone else,” Mark Evans said.