SportsPulse: Scott Gleeson looks at the current projections and the eight teams gunning for a No. 1 seed as well as two teams on the bubble that need to keep winning.
USA TODAY

Editor’s note: This story has been updated with the latest NCAA tournament projections through games on Feb. 24.

The battle for a No. 1 seed is starting to heat up with Selection Sunday three weeks away.

Duke and Virginia have separated themselves as top-seed material — both in ACC matchups and in non-conference action. And Gonzaga is a team the selection committee revealed it’s fond of in its top-seeds announcement at the beginning of the month. The ‘Zags also continue to reign atop the rankings in the NET, the NCAA’s new metric in place of the RPI this season.

But Kentucky’s résumé (23-4 overall, No. 5 NET, top-20 strength of schedule, nine marquee wins) proved too strong after this weekend to not leapfrog at least one of the projected No. 1s. SEC foe Tennessee, forecasted as a No. 1 since the start of bracketology and in the mix for the tournament’s top overall seed three weeks ago, has fallen to the No. 2 line in the latest bracket projection. As great as the Vols (24-3, 12-2) have been, losing two of three games — to great teams in UK and LSU, no less — helped illuminate some parts of their résumé that are lacking. 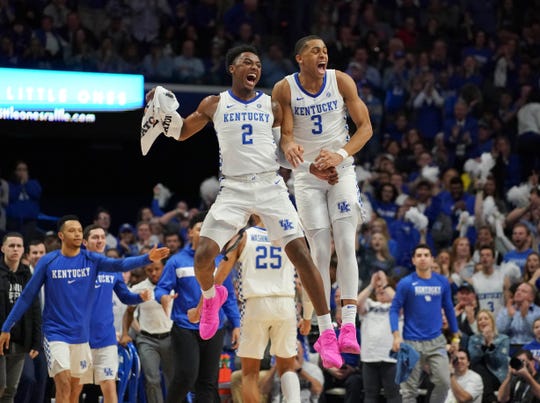 Kentucky Wildcats guard Keldon Johnson (3) and guard Ashton Hagans (2) celebrate during the game against the Auburn Tigers in the first half at Rupp Arena. (Photo11: Mark Zerof, USA TODAY Sports)

Tennessee’s portfolio only features five Quadrant 1 (top-30 home, top-75 road) wins as compared to Kentucky’s nine. While Gonzaga only has four, the NET system uses in-game statistics to deduce how good a team is as opposed to the RPI, which has the ‘Zags ranking fifth.

BUBBLE TRACKER: Why Big 12, SEC teams could box Big East ones out

NO ZION, NO PROBLEM: No. 1 Duke gets revenge against Syracuse

One team that’s creeping up at the No. 1 line and in the mix to vault to a top seed by Selection Sunday is Michigan State, which beat Michigan on the road Sunday to take over first place in the Big Ten standings. More importantly, it gave the Spartans (23-5, 14-3) a nation-leading 11 Quadrant 1 wins. While three consecutive losses a month ago and a season-ending injury to Joshua Langford seemed to push MSU out of contention for a No. 1 seed, five wins in a row in the country’s second best conference (based on NET) have changed the narrative. This profile has its flaws (non-conference strength of schedule in the 100s, two Q2 losses) but if assessing credentials against teams like Gonzaga or Tennessee, the 11 Q1 wins (over four or five) factor will undoubtedly come into play.

MSU, which has been impressively winning without starting center Nick Ward (hand injury), has two games against bubble teams Indiana and Nebraska before closing out the regular season with a home rematch vs. the Wolverines. Win all three of those and the Spartans could vault to the No. 1 line before conference tournaments begin.

Also in the mix of what seems to be an eight-team battle for a No. 1 seed are North Carolina and Michigan. The Tar Heels, the top No. 2 seed currently, have a great chance to move ahead if other teams stumble because they’re playing in a conference with two No. 1s — Duke and Virginia. Their first win over the Blue Devils was without Zion Williamson, albeit on the road at Cameron Indoor. But beat a healthy Duke squad (Williamson’s return is pending) in the ACC season finale next week would pu UNC is in business as a legit No. 1-seed-caliber squad. 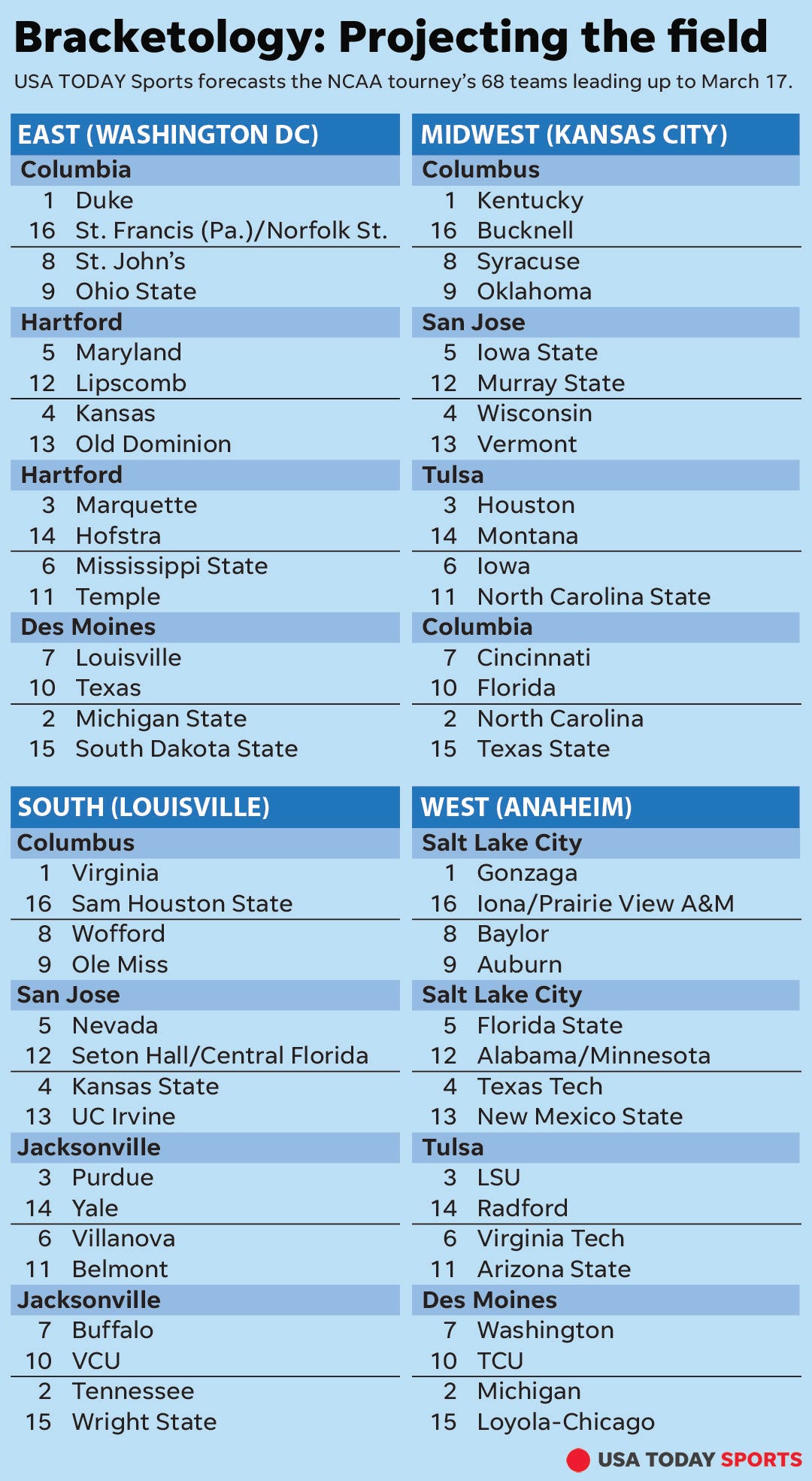 • Others considered for at-large bid (in no particular order): Furman, UNC-Greensboro, Saint Mary’s

Warren Buffett: Wealthy are "undertaxed" compared with rest of U.S.