GREEN BAY – Mike McCarthy won’t coach in the NFL this year, but it didn’t stop him from receiving an unsportsmanlike conduct penalty.

The former Green Bay Packers coach is at the center of a high school sports incident that occurred immediately after a WIAA Division 2 boys regional basketball game between Green Bay Notre Dame and Pulaski on Tuesday night at Pulaski High School.

McCarthy, whose stepson is a sophomore guard-forward for the Tritons, came out of the stands and followed the officiating crew for about 10 steps. He fired off an expletive-laden complaint to express his displeasure after Notre Dame’s 67-66 loss.

“Notre Dame Academy is founded on the values of faith, respect, responsibility, service, and trustworthiness,” athletic director Steph Mathu said in a statement released by the school. “The behavior exemplified by the parent at Tuesday night’s game is unacceptable at athletic events and does not reflect our institution as a whole.

“Last night, a Notre Dame Academy administrator received a call of apology from the parent involved. We appreciate his outreach and we look forward to moving ahead in a faith-centered and esteemed fashion.

“Any time we receive a complaint from the WIAA, we look further into the situation and address the behavior with whomever is involved. We thank all officials in athletic contests, especially in our conference and state, for the time and commitment they dedicate to our student-athletes.” 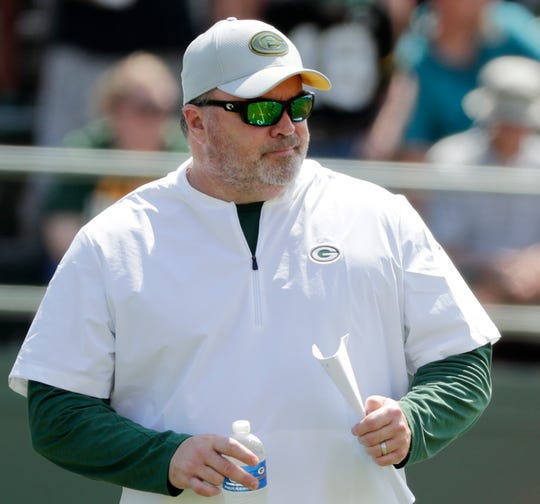 An abuse of officials report was filed by the officiating crew. WIAA communications director Todd Clark confirmed the organization received the complaint but said details of that report are confidential.

A report such as this one is not totally uncommon. In response, the WIAA likely will send a letter to Notre Dame to inform the school it has seven days to respond to the complaint filed.

The school will have the opportunity to acknowledge it is aware of the situation and outline what it intends to do to prevent it from happening in the future. It could include sending a letter to the parent, asking it not to happen again.

The Pulaski school district released a statement Thursday and said it will be its only comment on the matter.

“Following a hard-fought game, as the officials were being escorted by game management to the locker room, a parent of the visiting team overreacted in an inappropriate way by following officials and using language that is not in alignment with WIAA or local sportsmanship expectations,” the statement said. “In accordance with WIAA membership eligibility and the Fox River Classic Conference expectations, all member schools have a responsibility to ensure the appropriate behavior of their participants and spectators.

“It has been shared that an ‘Abuse of Contest Official’ report was filed with the WIAA. These reports do not come from member school districts but come directly from the official(s) who are involved in an incident. Pulaski Community School District did not file any type of report following this situation.

“Knowing the value of youth and high school sports as a learning opportunity which is an extension of the classroom, we appreciate the roles that players, coaches, officials and spectators have in providing meaningful opportunities to our student athletes. Together with member schools of the FRCC and the WIAA, we strive to promote sportsmanship both on and off the court.”

The high-profile incident could help further shine light on a growing problem in high school sports.

“There is no doubt that fan behavior from students and parents has deteriorated over the years,” said Otis Chambers, a former athletic director at Bay Port High School and the University of Wisconsin-Green Bay. “It’s an increasingly game management problem. It just increases your game management responsibilities.”

What, exactly, can schools do to prevent problems during games?

“I think every school needs to put in place some sort of exit strategy for officials after the game,” Chambers said. “That would involve a minimum of an adult escort on and off the court (like Pulaski had).

“But if a guy is going to go after them, is an adult going to be able to stop them? With Mike, even if I’m there and I grab him and push him away, it’s already happened. You can’t foresee every single one of these instances happening.”