Yankees’ Giancarlo Stanton on Bryce Harper’s new contract: ‘Great for him, for sure’

Giancarlo Stanton thought it was “great’’ news overall that Bryce Harper got a 13-year, $330 million agreement with the Phillies.

TAMPA, Fla. – Giancarlo Stanton figured his record would be broken one day.

“Good for him, good for the city of Philadelphia,’’ said Stanton, newly replaced as having baseball’s richest guaranteed contract.

“I wasn’t really worried about it, but it was going to get beat, eventually,’’ Stanton said of the $330 million, 13-year extension he signed with the Miami Marlins after the 2014 season. 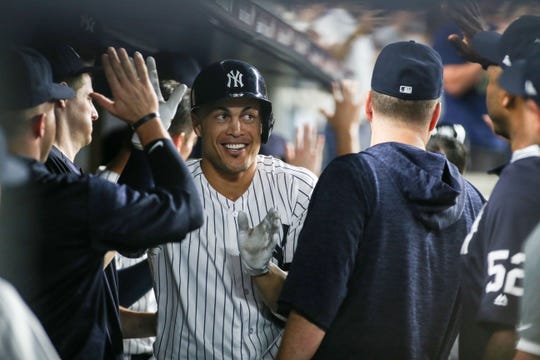 And if you’re looking to circle a possible date for Harper’s first Grapefruit League game, well the Yankees are scheduled to play the Phillies at Clearwater, Fla., next Thursday.

“It doesn’t matter,’’ Stanton said of being No. 2 on the money list, behind Harper. “Great for him, for sure.’’

Stanton still holds an opt-out clause after the 2020 season, while Harper’s contract contains no such provision.

Andrew McCabe says he "wouldn't dismiss" Michael Cohen as a witness, despite past lies