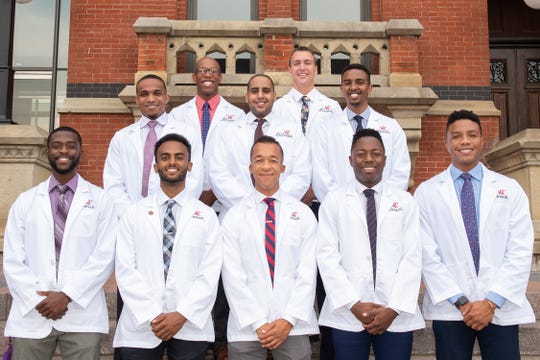 WASHINGTON – Gabriel Felix is on track to graduate from Howard University’s medical school in May.

The 27-year-old from Rockland County, N.Y., has beaten the odds to make it this far, and knows he faces challenges going forward.

He and other black medical school students have grown used to dealing with doctors’ doubts about their abilities, and other slights: being confused with hospital support staff, or being advised to pick a nickname because their actual names would be too difficult to pronounce.

“We’re still on a steady hill toward progress,” says Felix, president of the Student National Medical Association, which represents medical students of color. But “there’s still a lot more work to do.”

After decades of effort to increase the ranks of African-American doctors, blacks remain an underrepresented minority in the nation’s medical schools.

USA TODAY examined medical school enrollment after the wide coverage of the racially controversial photo that appeared in the 1984 Eastern Virginia Medical School yearbook entry of Virginia Gov. Ralph Northam. The picture showed one person in blackface and another in a Ku Klux Klan hood and robe.

The proportion of medical students who identified as African-American or black rose from 5.6 percent in 1980 to 7.7 percent in 2016, according to the Association of American Medical Colleges. That’s a substantial increase but still short of the 13.2 percent in the general population.

The disparity matters, physicians, students and others say, because doctors of color can help the African-American community overcome a historical mistrust of the medical system – a factor in poorer health outcomes for black Americans.

“It’s been a persistent, stubborn racial disparity in the medical workforce,” says Dr. Vanessa Gamble, a professor at George Washington University. “Medical schools have tried, but it also has to do with societal issues about what happens to a lot of kids in our country these days.”

Those who have studied the disparity blame much of it on socioeconomic conditions, themselves the legacy of systemic racism. African Americans lag other Americans in household income and educational opportunity, among other indicators.

Individual schools have outperformed their peers.

Eastern Virginia Medical School has increased the enrollment of students of color since then. In 1984, 5 percent of M.D. students identified as black, the only category then available. In the school’s most recent class, 12.4 percent identified as African, African-American, Afro-Caribbean or black.

But further progress toward a more representative student body nationwide remains elusive. That’s due largely to the high cost of medical school – student loans average $160,000 and can take decades to pay off – and the attraction of other professional options available to the strongest minority students that cost less and require fewer years of training.

The benefits of greater enrollment could be considerable: Studies show that having more black doctors would likely improve black health in the United States. Many African-Americans remain mistrustful of the health care system, with some historic justification, and so are less likely than others to seek preventative or other care.

Gamble knows the phenomenon as well as anyone. She chaired a committee that investigated the Tuskegee Syphilis Study, the notorious experiment conducted by the U.S. Public Health Service from 1932 to 1972. Researchers withheld treatment from a group of black men with syphilis to study the progress of the disease, jeopardizing their health and that of their sexual partners.

Universities are working to boost minority enrollment and increase the likelihood that students will stay in school and pass the exams required to graduate and get licensed to practice. 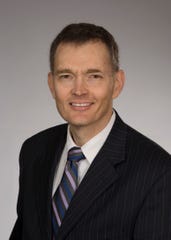 Dr. Thomas Madejski, president of the Medical Society of the State of New York, says efforts such as the American Medical Association’s Doctors Back to School program, in which physicians of color visit grade schools, help encourage minority students consider careers in medicine.

But he cautions that such programs don’t address all of the socioeconomic hurdles confronting African Americans.

“I think we may have to relook at some of the factors that may still be barriers and create some new initiatives to overcome those and get the citizens of the U.S. to have the physician workforce that they want and need,” Madejski says.

His group and others are pushing for tuition relief and expansion of scholarship programs for underrepresented groups. 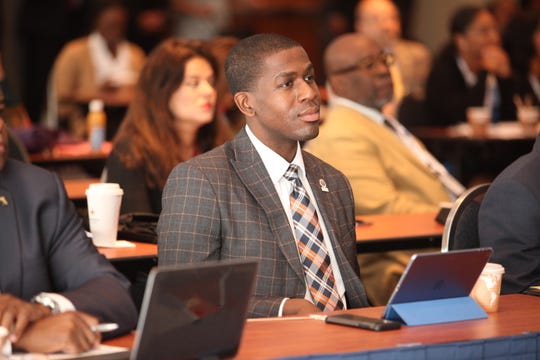 Felix’s parents are from Haiti, where black doctors are a common sight. They could easily envision the career for their son. African-American parents, however, might not encourage their children as much, Felix says.

Dr. Mia Mallory is associate dean for diversity, equity and inclusion at the University of Cincinnati medical school.

“Patients do better when they are taken care of by people who look like them,” she says. “So we’re trying to grow talented physicians that look like them and are more likely to go back into the community they came from.” 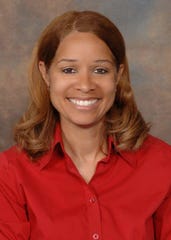 Some of what’s being done:

► New York. About a third of the state’s population is black and/or Latino, but only 12 percent of doctors in practice are. The decision of New York University’s decision to offer free tuition to medical students who maintain a certain grade point average has more than doubled the number of applicants who identify as a member of a group that’s underrepresented in medicine.

About 500 practicing physicians from underrepresented groups graduated from one of these programs at University at Buffalo.

These were “kids who otherwise never would have gotten into medical school,” says Jo Wiederhorn, president of Associated Medical Schools of New York.

The share of black and Latino students at medical school rose from 13.5 percent in the 2010-11 school year to 15.4 percent for the past school year, Wiederhorn said.

► Maryland. University of Maryland, Baltimore County, produces more African-Americans who go on to earn dual M.D./Ph.D. degrees than any college in the country.

Its Meyerhoff Scholars program selects promising high school students for a rigorous undergraduate program that connects them with research opportunities, conferences, paid internships, and study-abroad experiences. The program is open to all people, but nearly 70 percent of the scholars are black.

The university also sends students in its Sherman Scholars program to teach math and science in disadvantaged elementary schools in the Baltimore area. That helps build an early pipeline to the university and its science and math programs.

UMBC President Freeman A. Hrabowski III says, “We’re going to find some prejudice wherever we go.” But he prefers to look for solutions that keep students of color in math and science, which increases their chances of medical school acceptance.

► University of Cincinnati. The College of Medicine welcomed the largest group of African-American men in its history last year at 10 – an important milestone, given the gender gap within the few black doctors.

Mallory says the school looks at students’ applications “holistically,” considering “what it took for them to get where they are.” That includes whether they had to work while they were in college and whether they had access to tutors.

The school’s Office of Diversity and Inclusion hired Dr. Swati Pandya, a physician and learning specialist, to teach medical school students how to take standardized tests and improve study habits.

All of the school’s third-year students last year passed the first of their medical licensing exams, achieving the highest average in the school’s and the highest of any medical school in the state.

Dr. Georges Benjamin executive director of the American Public Health Association, cites the criminal justice system’s targeting of young black men and the pull of other professions for others.

“The cream of the crop has a broader portfolio of things they can do,”  Benjamin says. “They can go into other disciplines, including MBA and law programs.”

Dr. Garth Graham is a cardiologist by training, but in a nearly 20-year career, he has become something akin to a doctor of disparities.

A former assistant secretary in the U.S. Department of Health and Human Services’ Office of Minority Health, he’s Aetna’s vice president of community health and president of the Aetna Foundation.

He also chairs the Harvard Medical School Diversity Fund, which supports science, technology, engineering and math education and other support for minority students and faculty members in kindergarten through grade 12.

The National Bureau of Economic Research studied African-American men’s use of preventive health services when they had black and non-black doctors. The bureau reported last year that black doctors could reduce black men’s deaths from heart disease by 16 deaths per 100,000 every year. That would reduce the gap between black and white men by 19 percent.

Black doctors “bring a cultural understanding because of their background in their communities,” Graham says. “Relatability is important in patient-doctor relationships.”