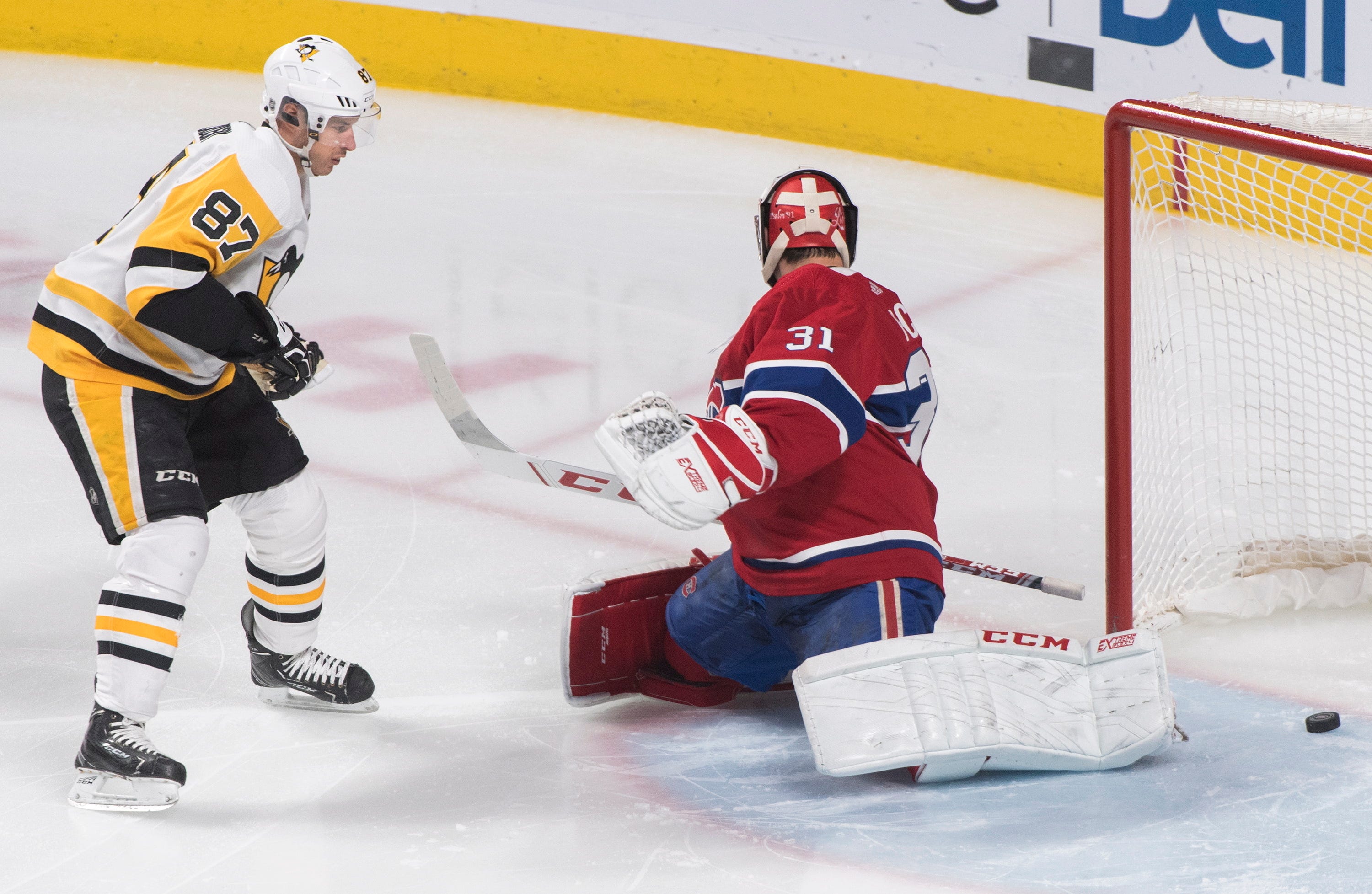 MONTREAL (AP) — Jake Guentzel scored two goals and had two assists and Sidney Crosby had a goal and three assists to lead the Pittsburgh Penguins to a 5-1 victory over the Montreal Canadiens on Saturday night.

Evgeni Malkin and Jared McCann — into an empty net — also scored for Pittsburgh, and Matt Murray stopped 36 of 37 shots.

Both the Penguins and Canadiens have 77 points in the standings. Pittsburgh is in the first wild-card spot with the victory, while Montreal dropped down into the second slot.

Brendan Gallagher scored the only goal for the Canadiens. Carey Price gave up four goals on 24 shots and remained one victory away from tying Jacques Plante’s franchise record with 314.

It was the second of back-to-back games for both teams. Pittsburgh lost 4-3 in overtime in Buffalo on Friday, while Montreal defeated the New York Rangers 4-2.

The Canadiens outshot the Penguins 37-25, but Pittsburgh took better advantage of their chances and jumped out to an early 3-0 lead on its first four shots of the game.

The Penguins needed just 21 seconds to beat Price after a bad giveaway by Jordie Benn in his own zone led to Crosby’s deflected goal.

They doubled their lead on the power play when Malkin’s slap shot changed course on a deflection by Joel Armia at 4:38.

Pittsburgh finished 1 for 3 with the man advantage.

Guentzel went five-hole on Price at 8:51 right after a faceoff win by Crosby for his first goal of the night and 30th of the season, his first time reaching the milestone.

The Penguins went the next 11:09 of the first period without firing a shot on net — but still led 3-0 at intermission.

Guentzel netted his second of the game 6:24 into the second period with a precise wrist shot into the top corner of the net.

Pittsburgh’s leading scorer nearly completed a hat trick late while on a breakaway in the second, but Price made a nice glove save.

The Canadiens scored their only goal when Gallagher beat Murray for his team-leading 29th of the season with a shot from inside the left face-off circle.

McCann added the empty-netter with 1:24 left.

NOTES: Crosby has 10 points on his current four-game scoring streak. He also moved into second place on Pittsburgh’s all-time scoring list with his 440th career tally.