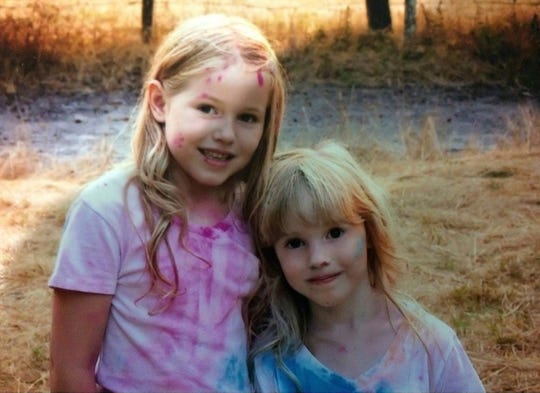 Leia Carrico, 8, left, and her sister Caroline Carrico, 5, were found Sunday morning after going missing Friday afternoon. A search team found them in a forested area near their home in Benbow, a small community about 200 miles northwest of Sacramento. (Photo: Humboldt County Sheriff’s Office)

After going missing for nearly two days in a rugged wooded area of Northern California, two young sisters were found safe on Sunday.

“This has been unbelievable,” Honsal said at a press conference. “We could not have a better outcome than we’ve had this morning. This is an absolute miracle.”

Although dehydrated and cold, the girls were in good spirits, Honsal said.

Local agencies and the National Guard had searched for the sisters for 44 hours using helicopters and tracking dogs. Medical personnel checked on the girls, the sheriff said, and officials gave them water, food and warm clothes.

Wilderness survival training the sisters learned at their 4-H club helped them survive uninjured, according to Honsal.

Some community members expressed their amazement in responses to a photo the sheriff’s office posted on Facebook. The photo shows a firefighter kneeling and talking with one of the girls clad in pink boots and dirty jeans.

“Those little adventurers will sure have a story to tell!” one user commented.

“She looks like a seasoned outdoor gal she had this,” another said.

Officials did not say how the girls went missing, but the sheriff’s office said it will give more information later.

Before they reunited, Lt. Mike Fridley of the sheriff’s office called the girls’ mother with the good news, he said.

“She melted on the phone,” Fridley said.