The South Carolina Education Lottery Commission announced that the winner of the $1.5 billion Jackpot will remain anonymous.

The commission announced minutes ago that the winner of the largest jackpot in U.S. history has opted for the cash option — a one-time payment of $877,784,124.

According to a statement from the commission, the winner has confided in how unlikely the win was — that they had let a fellow customer buy a Quick Pick Mega Millions lottery ticket ahead of them in line the day they made their own purchase at the KC Mart in Simpsonville.

“We are delighted that the winner is a South Carolinian and has come forward to claim this remarkable prize,” said Hogan Brown, the commission’s executive director. “We respect the winner’s decision to remain anonymous, and we will honor the winner’s wishes.” 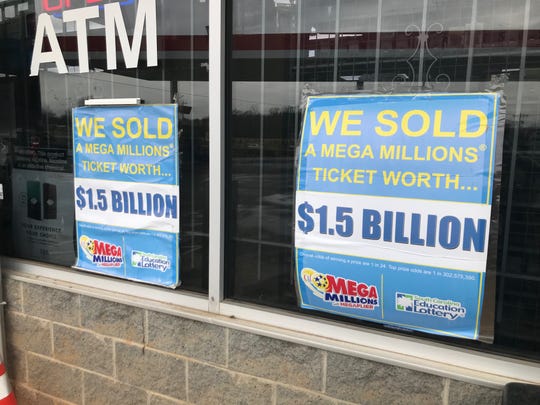 The store in Simpsonville that sold the winning lottery ticket boasts signs in its window. (Photo: Donna Isbell Walker)

KC Mart in Simpsonville will receive $50,000 for selling the claimed winning ticket.

The state of South Carolina, meanwhile, will collect $61 million in income taxes from the winner, according to the commission.

The winner has hired attorney Jason Kurland of Rivkin Radler of New York, who will provide legal representation while also acting as the winner’s spokesman, according to the commission. Once the winner has been paid, a news conference will take place at the commission’s headquarters in Columbia.

After the payment process is complete, a news conference will be scheduled at the lottery commissions headquarters in downtown Columbia.