Chris Watts, the man accused of killing his pregnant wife and two daughters is facing 9 felonies. Court papers have revealed that Watts was involved in an affair and is claiming his wife strangled their daughters.
USA TODAY

The lawyer for the parents of his wife, Shanann Watts, appeared on an episode of “Dr. Phil” on Tuesday, revealing to the celebrity television host that his clients told him Christopher Watts gave a full confession.

Though the lawyer shared some information and details of the killings with Dr. Phil, the full audio files and the investigation bureau’s report won’t be released until Thursday. 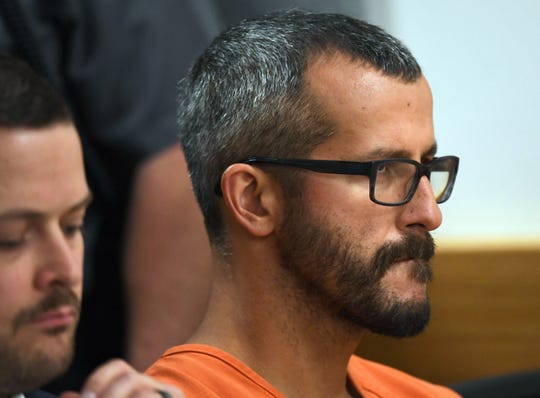 Through an open records release, the Coloradoan, which is part of the USA TODAY Network, on Thursday morning will obtain and provide coverage of:

According to the show, Shanann’s parents were only briefed by investigators and had not yet seen or heard the full evidence. The Coloradoan will not report details of the killings until they are confirmed by a source with direct knowledge of the situation. The details shared on “Dr. Phil” were from a fourth-hand source.

Nov. 19: ‘Most inhumane and vicious crime’: No parole — ever — for dad who killed pregnant wife, 2 kids

In November 2018, Watts pleaded guilty to five counts of first-degree murder, unlawful termination of a pregnancy, and three counts of tampering with a deceased human body for the murders of his pregnant wife and two daughters in August 2018.

The bodies of Bella Watts, 4; Celeste Watts, 3; and Shanann Watts, 34, who was pregnant, were found Aug. 16, 2018, in rural Weld County, Colorado, about an hour from their home in Frederick. They had been reported missing three days earlier. (Photo: Colorado Bureau of Investigation via AP)

At Watts’ sentencing, Weld County District Attorney Michael Rourke invited Watts to come forward at some point and reveal how and why he committed these murders.

Watts’ parents also said in statements to the court during the sentencing hearing they hoped he would someday come forward with the truth about what happened to Shanann, Bella, Celeste and unborn baby Nico.

“I think those are the questions that will always haunt anyone who was involved in the investigation,” Rourke said during the news conference. “And I don’t think there is ever going to be a satisfactory answer for anyone; not the least of which is the Rzucek family (Shanann’s family).”

Watts, 33, was arrested Aug. 15 in Frederick, Colorado, 24 hours after he pleaded for the safe return of his missing wife and two daughters in TV interviews.

Shanann, 34, was reported missing after returning home from a business trip in the early morning hours of Aug. 13.

Aug. 23: Chris and Shanann Watts’ friends in Colorado saw a ‘perfect’ family. What led to 3 deaths?

Shanann’s body was found in a shallow grave Aug. 16 on property owned by Anadarko Petroleum, one of the state’s largest oil and gas drillers where Watts worked. The bodies of Bella, 4, and Celeste, 3, were found in oil tanks nearby.

Watts told police Shanann strangled their daughters in anger after Watts told her he wanted to separate Aug. 13. He then admitted to strangling Shanann Watts in a fit of rage.

“The spotlight that he tried to shine on Shanann falsely, incorrectly and frankly a flat-out lie, has been corrected,” Rourke said in a news conference after Watts pleaded guilty Nov. 6. “The spotlight shines directly where it belongs – on him.”

Aug. 18: Colorado mom’s body was in shallow grave near where daughters were found, court records say