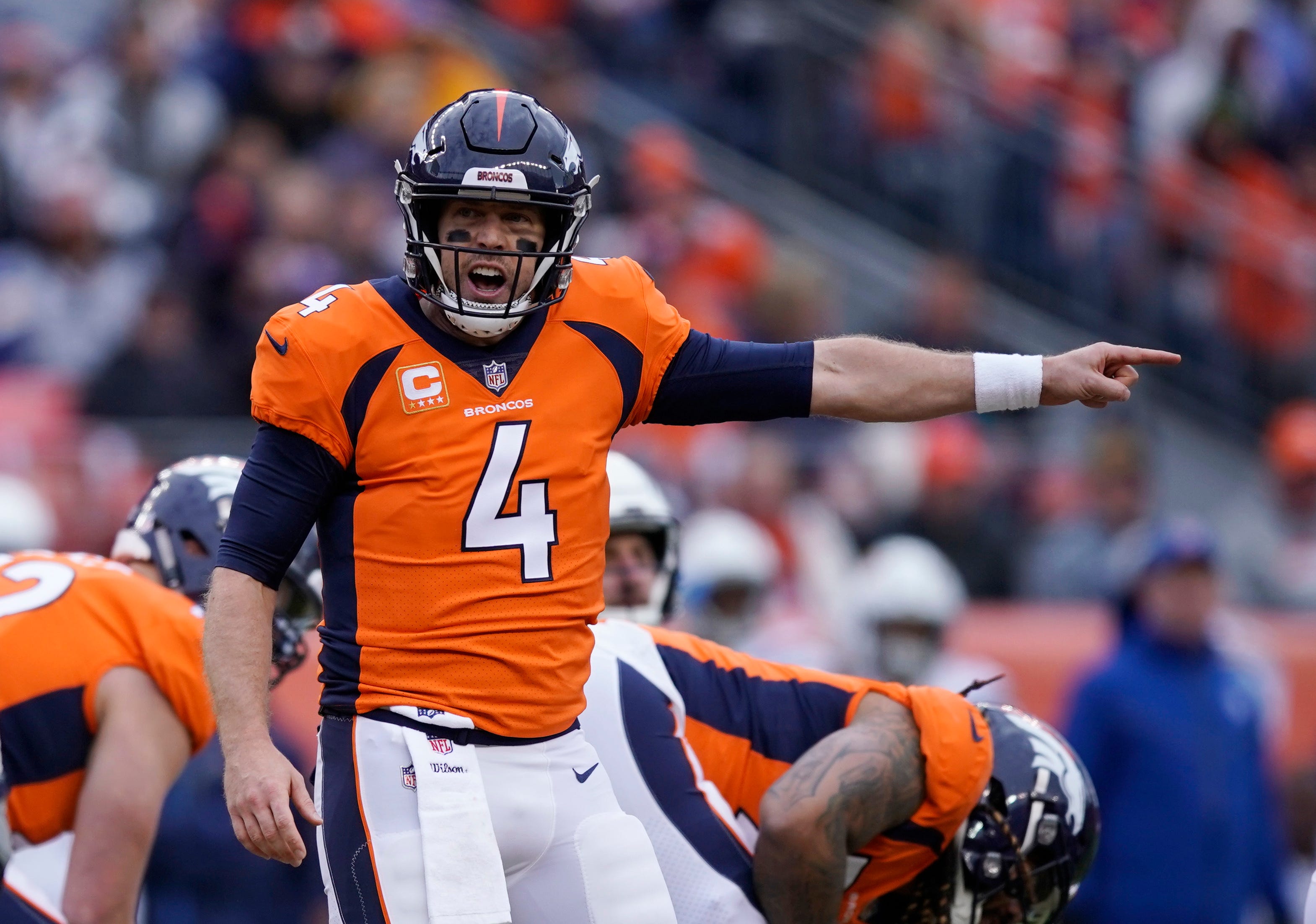 ENGLEWOOD, Colo. (AP) — Case Keenum is on the move again. The Denver Broncos have agreed to trade the veteran quarterback to the Washington Redskins, a person with knowledge of the deal told The Associated Press on Thursday.

The teams will also swap 2020 draft picks, with Denver receiving a sixth-rounder and Washington a seventh-rounder, said the person, who spoke on condition of anonymity because the deal cannot be announced until next week.

Keenum’s contract will be reworked with the Broncos and Redskins each picking up half of the $7 million he was guaranteed in 2019.

The Broncos decided to move on from Keenum last month when they agreed to acquire Super Bowl-winning veteran Joe Flacco from the Baltimore Ravens. Like the Keenum trade, the Flacco trade cannot become official until the start of the league year .March 13.

For the second consecutive offseason, the Redskins opted to trade for a quarterback. Keenum enters the equation to try to replace 2018 addition Alex Smith , who broke his right tibia and fibula in November and is expected to miss the entire 2019 season.

Keenum will likely compete with longtime Redskins backup Colt McCoy to be their Week 1 starter. The 31-year-old joins his fifth NFL team after stints with the Texans, Rams, Vikings and Broncos.

A year ago, Keenum was coming off a career year in Minnesota, where he went 11-3 and led the Vikings to the NFC championship game. That made him a hot commodity in free agency, second only to Kirk Cousins among available quarterbacks.

After the Vikings signed Cousins, Keenum signed a two-year, $36 million deal with Denver that included $25 million in guarantees.

The Broncos went 6-10 last season, leading Elway to fire coach Vance Joseph and hire Vic Fangio. After his career year in Minneapolis, Keenum threw for 18 touchdowns and a career-high 15 interceptions in 2018.

Elway said at the NFL combine that he’d prefer for Keenum to rework his deal and stay in Denver as the backup, but he left it up to Keenum, saying he’d honor a release request or would try to trade him if a suitable partner emerged.

Keenum got off to a slow start last year, throwing interceptions in Denver’s first eight games. Preaching patience became a weekly mantra of his with Keenum expressing confidence he and his new teammates and coaches would eventually adjust to each other in time to make a late-season run.

By December the Broncos weren’t rolling but staggering, bedeviled by an injury epidemic that had waylaid three O-line starters and the team’s top two tight ends. On Dec. 5, Emmanuel Sanders, who rose to No. 1 receiving threat when Demaryius Thomas was traded to Houston, tore an Achilles at practice.

The Broncos lost their final four games, finishing 6-10 for their first back-to-back losing seasons since the Nixon Administration. That led Elway to fire Vance Joseph and replace him with Vic Fangio. Keenum wasn’t among the players who attended Fangio’s introductory news conference because he was on vacation out of the country.

As he cleaned out his locker after the final game, Keenum said, “I learned a lot this year. I learned what it is to be a franchise quarterback.”

But Elway would soon move on to his fifth starting QB since Manning retired a month after winning the Super Bowl three years ago.

Even before the deal with Washington came together, Keenum seemed to indicate he would be moving on, telling the Sports Spectrum Podcast, “My time with the Broncos has been really special. I have enjoyed every second of it. I have absolutely been so proud to wake up every day and to walk into that building to represent the Broncos as their quarterback. … It was an honor.”

Top Democrats, including 2020 contenders, urge Trump to back protections for Venezuelans