Dan Jenkins, the legendary writer who delighted readers with his stories about golf for more than…

Dan Jenkins, the legendary writer who delighted readers with his stories about golf for more than six decades, died Thursday night, according to reports. He was 89.

One of the most distinguished and recognizable writers in sports, Jenkins was inducted into the World Golf Hall of Fame in 2012. He covered more than 230 major championships in his career, which started in 1948 when he was hired by the Fort Worth Press as a high school student.

He covered his first major at the 1951 U.S. Open during which Ben Hogan shot a final-round 67 to win the title. Decades later, Jenkins said it was one of the greatest rounds he’d seen. In 1955, Jenkins finished second in the Fort Worth city championship, an accomplishment he shared with Hogan and Byron Nelson. 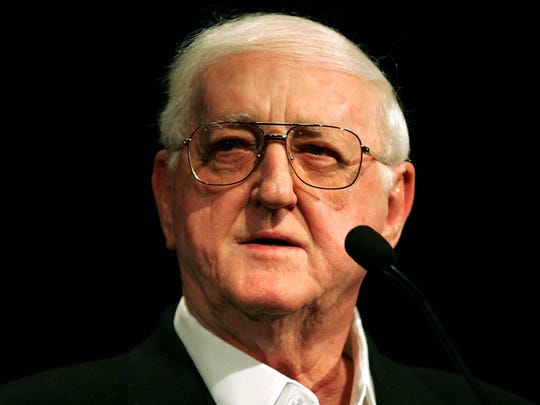 Dan Jenkins covered more than 230 major championships in his career, which started in 1948.

In 1962, he was hired by Sports Illustrated, where he chronicled the feats of Jack Nicklaus and Arnold Palmer. When Palmer lost the 1961 Masters after failing to par the final hole, Jenkins wrote, “Gary Player of South Africa is the Masters champion because Arnold Palmer was in too big a hurry to win it again.”

Jenkins would move to Golf Digest in 1985, where he’d spend the rest of his career while writing several books and winning the most prestigious awards bestowed upon sports journalists, including the PGA Lifetime Achievement in Journalism Award presented by the PGA of America.

“There aren’t many writers in there,” he said at the time he was inducted into the World Golf Hall of Fame. “It’s a small group, and I’m pleased to be a part of it. I’d follow Ben Hogan and Byron Nelson anywhere.”

I just figured out that I’ve spent almost five years of my life just covering majors. If you count other tournaments, that’s another five or six years. Then there’s the football and the ski racing. Most of the time, it never felt like work. Guess what: I’d have paid them to do it