The mother of world boxing champion Caleb Plant died early Saturday morning as the result of an officer-involved shooting in Cheatham County, Tennessee.

The Tennessee Bureau of Investigation is investigating the circumstances of the shooting.

The preliminary investigation shows that a 911 call was placed to transport a woman, identified as Beth Plant, 51, to a hospital. According to the TBI, the ambulance driver who was transporting Beth Plant pulled over and called for law enforcement.

When a deputy arrived on the scene, Beth Plant was outside the ambulance and “brandished the knife at the deputy,” the TBI news release states. The deputy fired at Beth Plant, who was transported to a Nashville hospital, where she died. 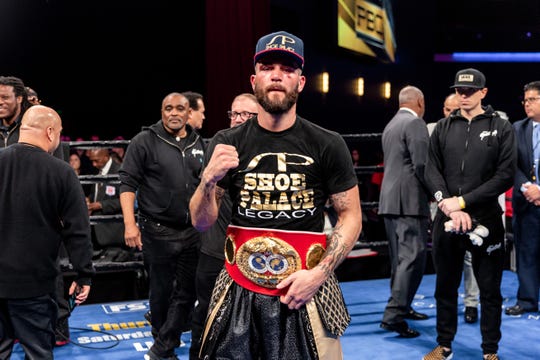 No one else was injured in the incident. The investigation is ongoing.

Caleb Plant, a Nashville native who resides in Las Vegas, could not be reached for comment.

On his Facebook page, Plant posted a message that began: “Love you forever and always momma. You always said ‘work hard bubba’ and I did.”

In January 2015, Caleb Plant had to make the decision to pull the plug on the life support keeping his 19-month-old daughter, Alia, alive. She was born with a brain condition that caused repeated seizures.