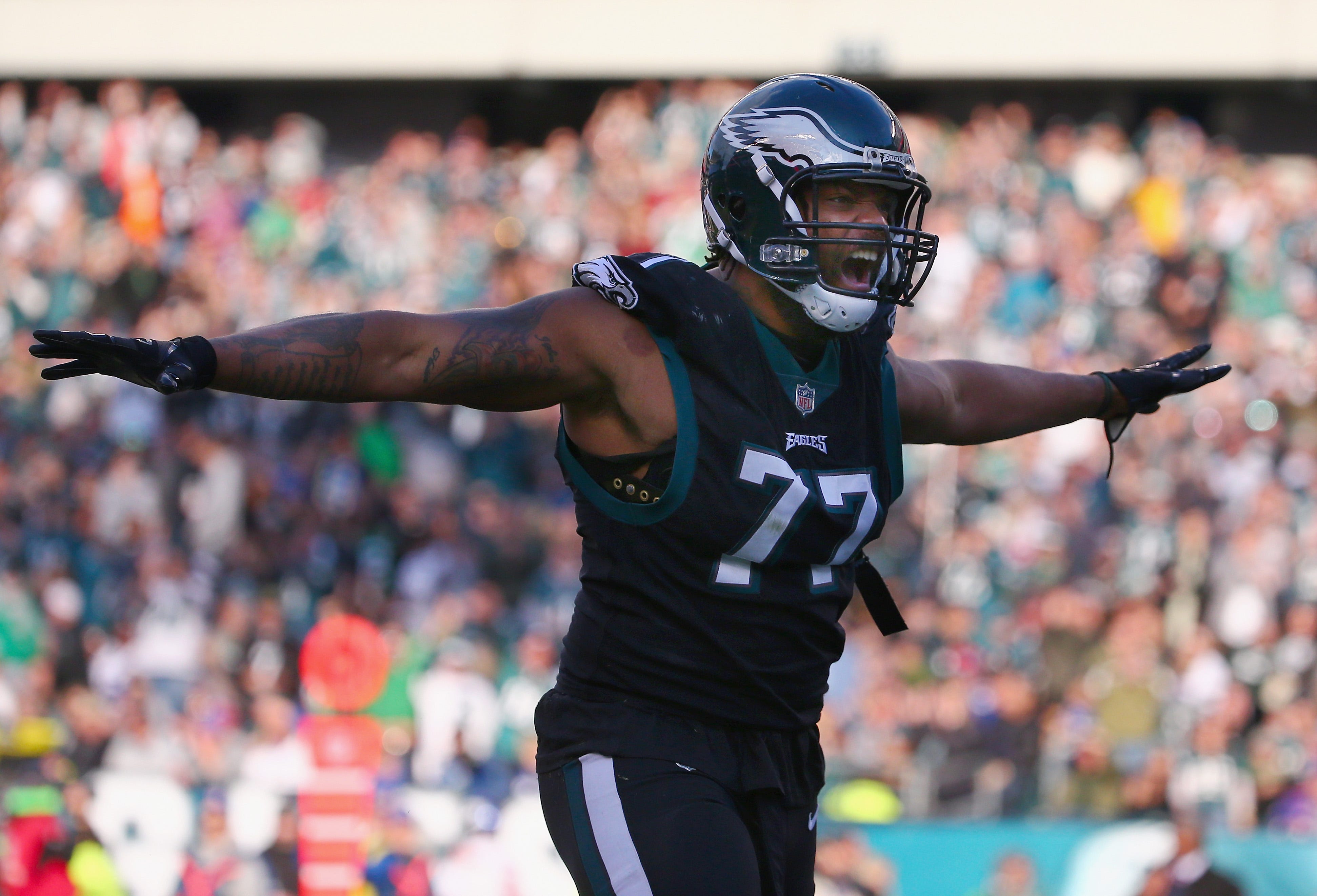 In the lead-up to Super Bowl XLIX between the Patriots and Seahawks, then-New England offensive line coach Dave DeGuglielmo was asked about the problems presented to his offense by then-Seattle defensive end Michael Bennett.

DeGuglielmo paused, sighed, and said plainly, “We don’t know how to block him.” Then he compared him to … Hall of Famer Reggie White.

New England’s inability to block Bennett, who was most recently with the Philadelphia Eagles, was proven in the game itself, and Bennett showed his versatility to a ridiculous degree. On New England’s first four offensive plays, Bennett lined up at left end, left tackle, right tackle, and right end, and hurried Tom Brady on three of those plays. The fourth play was a run. Bennett had already established himself as one of the league’s best multi-gap pass-rushers, but this was above and beyond. Bennett didn’t have a sack in the game, but he did generate five quarterback hits, a holding penalty, and he changed the entire structure of New England’s passing game-fearful of Bennett’s mad rush to the pocket, they went with quicker drops and more angular routes.

Want more?Get a variety of football coverage on Touchdown Wire

Antonio Brown has a new team: Raiders pull off deal

And now, with a to-be-finalized trade that will see the Patriots acquire Bennett and a seventh-round pick from the Eagles for a fifth-round pick, the Patriots will have the man who once terrorized their quarterback in the most important game of the 2014 season.

Bennett’s older now, and one may wonder just how productive he can still be. In 2018, having turned 33 in November, Bennett amassed 12 sacks, 22 quarterback hits, and 44 quarterback hurries. That total of 78 pressures, per Pro Football Focus, tied Bennett for second in the league among edge rushers behind Dee Ford’s 83 with J.J. Watt and … Patriots defensive end Trey Flowers, who ended his 2018 season with 11 sacks, 16 hits, and 51 hurries. It’s not yet known whether the Bennett trade means that the Pats have given up on re-signing Flowers, but from a financial and production perspective, this is a value adjustment of typically Belichickian proportions.

The Patriots will be on the hook for a cap hit of just $7.2 million as part of the three-year, $29.5 million contract extension Bennett signed with the Seahawks in 2016.

It’s a good value deal, but what will the Patriots get in Bennett as he jumps into his mid-thirties, which is generally a time when edge-rushers tend to fall off a cliff in terms of production? Based on his 2018 tape, this may be one of the better bargains of the 2019 offseason because Bennett is still fully capable of consistent disruption from several different angles.

The Cowboys’ offensive line was the best Bennett faced last season, and he came away with four sacks of Dak Prescott in two games. He did so from the outside and from the inside of Philly’s defensive line, much as he did through his salad days in Seattle.

Bill Belichick is better than anybody else in the NFL at a number of things, but two things have defined the Patriots’ almost two-decade dynasty: The recognition when it’s time to let a player go and test the market elsewhere, and the ability to identify veteran players who can fill important roles for far far less money and cap space. In acquiring Michael Bennett, the player who once tormented his all-time quarterback. Belichick has outdone himself yet again.