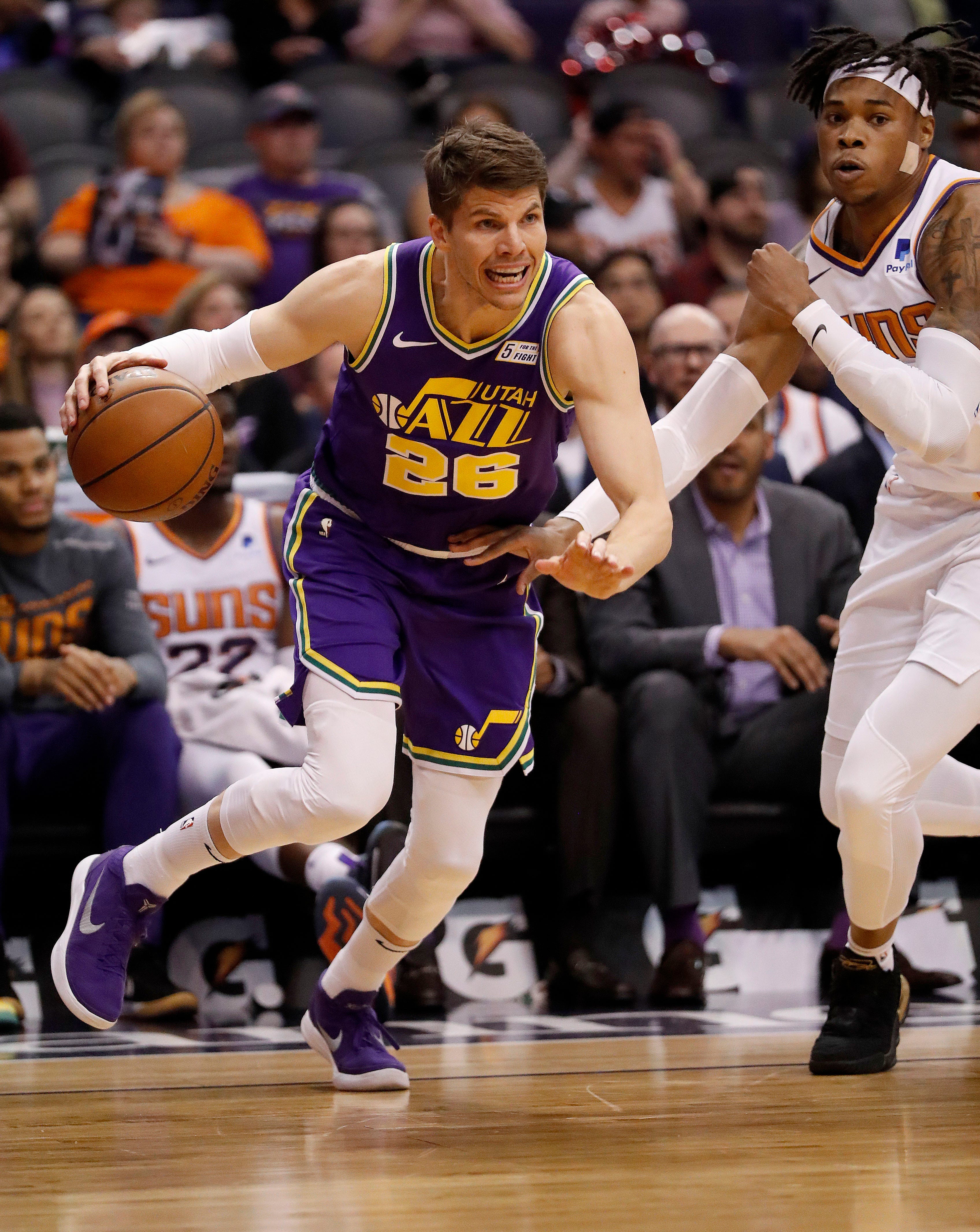 PHOENIX (AP) — Donovan Mitchell knows his team is in good position as it pursues a Western Conference playoff spot. He just wasn’t sure exactly where the Utah Jazz were in the standings, until right before Wednesday night’s game.

“I really don’t pay attention to that stuff this time of year,” Mitchell said after leading the Jazz to a 114-97 win over the Phoenix Suns. “I try my best not to, because it allows you to get all distracted. We just want to focus on game to game.”

Mitchell scored 16 of his 26 points in the second half and Derrick Favors added 18 for Utah. Rudy Gobert had 18 points and 20 rebounds as the Jazz ended a two-game skid and pulled into a tie with the Los Angeles Clippers for the seventh seed in the West.

“The goal is just to find our rhythm and keep getting better,” Gobert said. “Guys did a great job boxing out their man, and when you do that you get a lot of rebounds. It’s more about our defense.”

Devin Booker’s 27 points led the Suns, who came back from 14 down in the third quarter to tie the score but couldn’t push past the Jazz in the fourth. Kelly Oubre Jr. added 18 points and Tyler Johnson had 15 for the last-place Suns, who had won four of five.

Ricky Rubio returned to the Jazz after missing two games with left hip tightness. He played 22 minutes and had six points and four assists.

All three of Gobert’s field goals in the first quarter were dunks, and with 52 seconds left in the period he delivered a look-away bounce pass to Jae Crowder for a layup.

The Suns led by four in the second, but the Jazz surged ahead with a 9-0 run. Another dunk by Gobert off a lob from Rubio made it 48-41 with 1:54 left in the first half.

“Our bigs have been solid all year long and they raised their level,” Jazz coach Quin Snyder said. “A good night for those guys.”

The crowd was buzzing even two possessions after Phoenix big man Richaun Holmes threw down a windmill dunk with his left hand with 3:39 to go in the third, cutting the Jazz lead to 72-66.

A pair of free throws by Booker tied it at 75 with 30 seconds left. Joe Ingles hit a 3 out of the corner for a 78-75 lead for the Jazz at the end of three quarters.

“We have to move forward. We have had a pretty good stretch here in previous games and you have to keep building on that,” Booker said. “You are going to have lumps in the road but you’ve got to keep going and punch the clock every day.”

PENNY FOR YOUR THOUGHTS

Snyder was asked before the game about the recent incident in Salt Lake City involving Thunder star Russell Westbrook and comments from a fan in the stands. The fan was banned from attending events at Vivint Smart Home Arena.

“Anytime you have an incident that is unfortunate, you hope that there can be a catalyst for positive change,” Snyder said.

Oubre was whistled for a technical foul for shouting at an official as he walked to the bench with blood trickling out of his nose just before halftime.

Jazz: Improved to 8-4 in the first of back-to-back games this season. … The first basket of the game for the Jazz came when Mitchell drove across the lane and delivered a no-look bounce pass to Favors for a dunk. … G Raul Neto entered in the second quarter, his first game since Feb. 27 because of hamstring tightness. He played 11 minutes.

Suns: Recalled rookie guard Elie Okobo from Northern Arizona of the G-League. … Head coach Igor Kokoskov was on Snyder’s staff at Missouri in 1999-2000, and with the Jazz from 2015-18. … The Suns have lost five straight to the Jazz overall, and play Utah twice more this season.

Suns: At the Houston Rockets on Friday night.