The most intriguing award race in the NBA isn’t for MVP. It’s not for Rookie of the Year, Defensive Player of the Year or Sixth Man, either.

It’s for Coach of the Year.

The field is incredibly deep, and there are a handful of candidates who could end up going home with the hardware in June. But who will?

Note: This roundtable first appeared in our weekly NBA newsletter, which is delivered to inboxes every Wednesday. Want more content like this early and delivered directly each week? Then sign up for NBA Click & Roll, which also features the biggest moments, quotes and news you may have missed from throughout the Association. 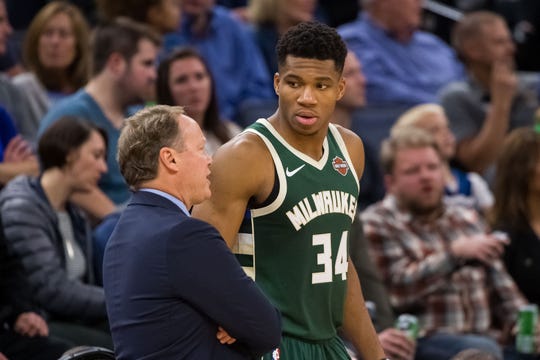 Zillgitt: Mike Malone took Denver from 46 wins and ninth place in the Western Conference last season to likely 50-plus victories and a likely second-place finish this season. Nate McMillan has Indiana battling with Philadelphia for the East’s No. 3 seed even though he lost All-NBA guard Victor Oladipo for the season in January. Doc Rivers has gone through significant changes but still has the Los Angeles Clippers well above .500. Kenny Atkinson has Brooklyn in playoff position. Dave Joerger’s job with Sacramento is worth noting, and this can be said every season: Gregg Popovich has the San Antonio Spurs on the verge of a playoff appearance when it looked at times like they wouldn’t make it.

But for me, it’s Mike Budenholzer, whose Milwaukee Bucks are the only team in the league in the top five in offensive and defensive efficiency. He has Giannis Antetokounmpo playing at his career best and has maximized the roster in his first season on the sidelines. The Bucks had 44 wins last season and will finish atop the Eastern Conference with possibly 60 this season.

Rogers: It’s impossible to look past Rivers. I accept that plenty will disagree, and I should start by stating that this is no disrespect to the extraordinary efforts of Budenholzer, Malone and Toronto’s Nick Nurse.

But here’s why I’m going for Rivers. The other three mentioned have compiled brilliant seasons, but the central driver of the campaign in each case has been an individual player – Antetokounmpo, Nikola Jokic and Kawhi Leonard. 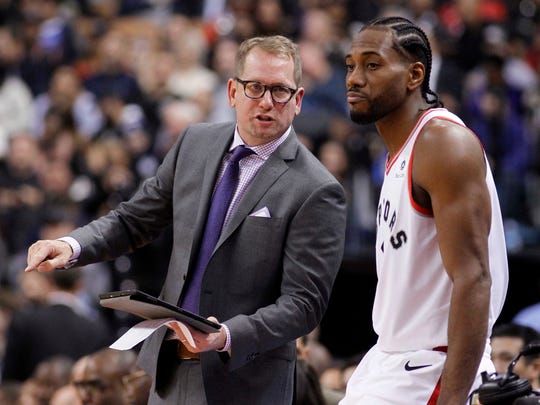 The impetus behind the Clippers has been teamwork, unity and belief, all factors fostered expertly by Rivers. While many expected them to flounder, they have fought on, without a superstar name, and made the circus taking place down the Staples Center corridor even more pathetic to witness.

Remember, Rivers had a star at his disposal in Tobias Harris, but he got traded. The Clippers’ response? They got even better. L.A. is headed to the playoffs and could land as high as sixth. A huge part of the Clippers’ success can be attributed to their coach.

Neuharth-Keusch: Budenholzer should, and probably will, win it. But can we take another moment to appreciate Rivers? The Clippers weren’t supposed to be in this position, especially after trading Harris at the deadline. Plus, making the playoffs means they lose their 2019 first-round pick to Boston — a pick they would have kept had they landed outside the West’s top eight. But here the Clippers are — a gritty, determined group of role players fighting with San Antonio and Utah for the sixth seed in the ultra-competitive West. 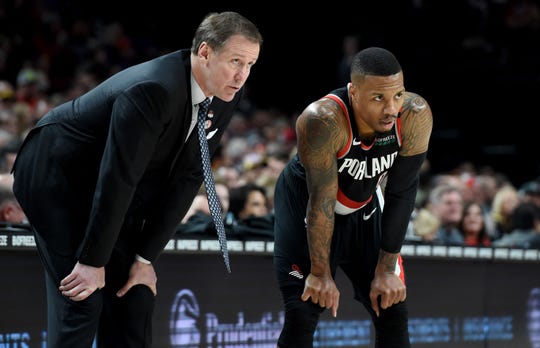 Along with the rest of the coaches mentioned above, let’s give a shoutout to Terry Stotts, too. He has Portland on track for 50 wins for the first time since 2014-15, and a top-four finish in the West is a very real possibility. The roster hasn’t changed all that much, and bouncing back from last season’s first-round sweep is no easy task. Stotts remains one of the league’s best coaches.

Eppers: The candidate pool is incredibly deep, but my pick is Budenholzer. It seems simple to pick the coach of the team with the best record in the league, but Budenholzer might be the most important acquisition of last offseason. Much has been made about the system he’s implemented that emphasizes 3-point shooting and defense. He’s also given the Bucks the freedom and confidence to execute that system without getting in the way. As a result, a team with largely the same core as last season has the league’s best net rating and point differential, Antetokounmpo is a top MVP candidate, and the Bucks are a favorite to make the NBA Finals out of the East.

But there might not be a wrong answer to the question. Malone, McMillan, Rivers, Nurse and Atkinson would all be worthy winners.