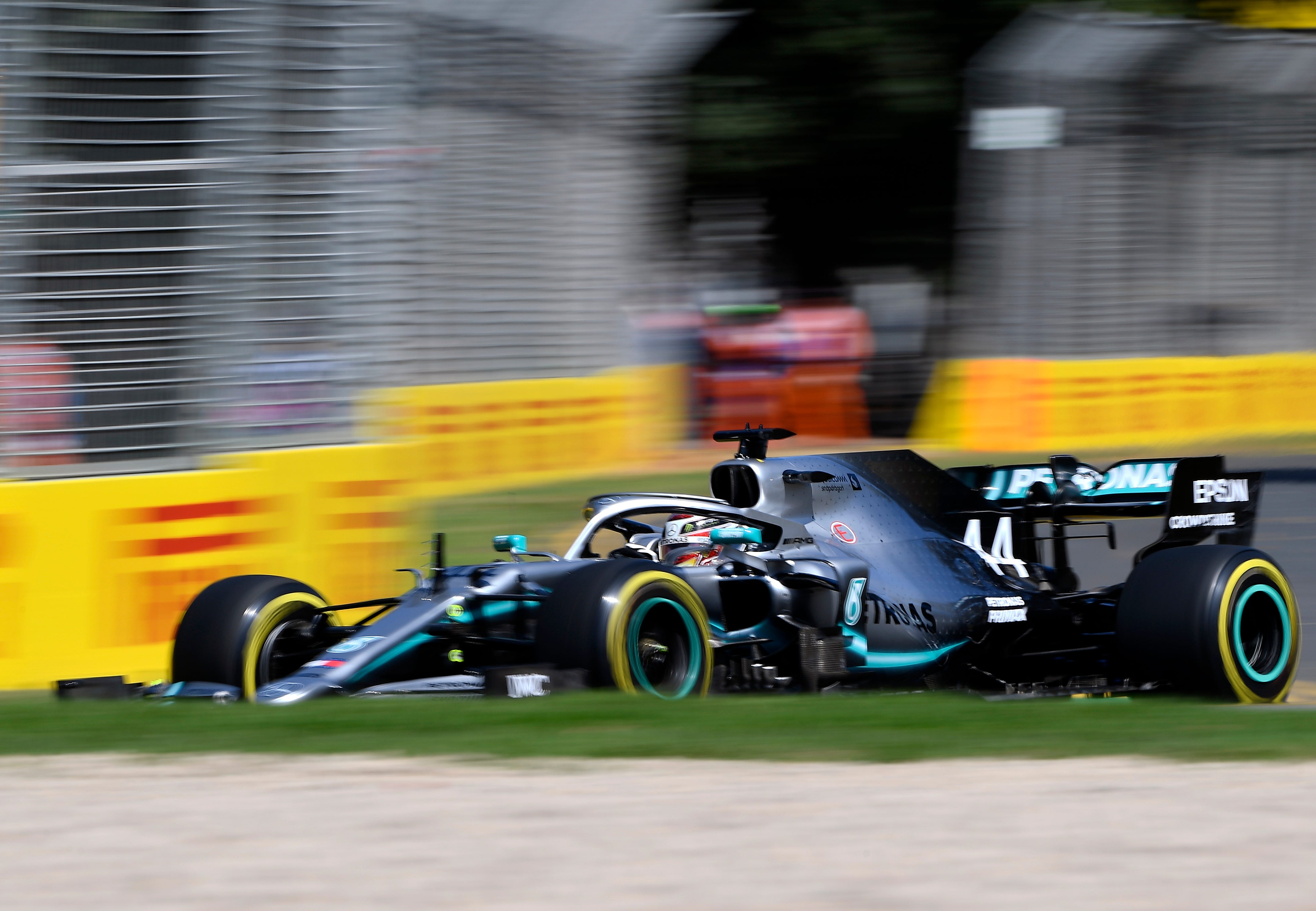 MELBOURNE, Australia (AP) — Five-time world champion Lewis Hamilton picked up where he left off last season and was joined by teammate Valtteri Bottas as the Mercedes drivers posted the top times in practice Friday at the Australian Grand Prix.

Ferrari appeared to have the faster cars in winter testing but it was Hamilton who had the quickest lap of 1 minute, 22.600 seconds in the first two official practice sessions at the Formula One season-opening race at the Albert Park circuit.

Hamilton was fastest in the opening practice, holding off Ferrari pair Sebastian Vettel and Charles Leclerc, and went even quicker in the afternoon.

He had a narrow 0.048 cushion over Bottas, but Mercedes was 0.8 seconds clear of the rest of the field in an impressive start for a team aiming for a sixth consecutive constructors’ title in 2019.

“I have a positive buzz from driving the car today,” Hamilton said. “The car feels like it’s in a similar place to where it was in (testing), which is positive coming to a different track.

“There’s plenty of stuff that we can improve on, but this was not a bad start. The fact is none of us made a mistake and we kept the cars in one piece — that counts for a lot.”

Ferrari was off the pace the second time around, with two-time defending Australian GP champion Vettel in fifth spot and Leclerc sliding backward into the track-side grass after losing control with only minutes remaining and recording the ninth-fastest lap.

Red Bull’s Max Verstappen improved from fourth-quickest to third from morning to afternoon, 0.08 behind, and his new teammate Pierre Gasly was fourth.

“There are always areas to improve and we are not fast enough yet, but it’s only the first day of the season and there is a long way to go,” Verstappen said. “It looks like Mercedes are very quick and they seem to be a little happier with the overall balance.

“We had no expectations going into today and it’s just good to get started.”

The 39-year-old Kimi Raikonen was sixth in his first start since leaving Ferrari for Alfa Romeo Racing, and the Renault pair of Nico Hulkenberg and Daniel Ricciardo were next.

In the first session, the front four were all within two-tenths of a second after Hamilton posted the quickest lap of 1: 23.599, but the spread was greater in the afternoon.

Hamilton and Vettel finished first and second in the drivers’ championship last season, with Hamilton dominating the second half of the season and finishing with 11 victories from 21 GP events. For Hamilton, at least, it appears to be business as usual.

He won pole position last year but finished behind Vettel in the race, a result he’s determined to overturn this year.

Robert Kubica, making his return to F1 eight years after partially severing his right hand in a rallying accident, was 19th and 20th in the two sessions as Williams cars filled the last two spots both times.

The first practice was held in cool, clear conditions with the temperature reaching 21 Celsius (70 Fahrenheit) and it was only marginally warner for the second practice. The forecast is for warmer conditions for Saturday’s qualifying and Sunday’s race.

In between the practice sessions, FIA President Jean Todt and Formula 1 chairman Chase Carey attended a news conference which started with a minute of silence in memory of F1 race director Charlie Whiting, who died in Melbourne early Thursday from a pulmonary embolism.

It was the first time Todt and Carey, who entered the sport in 2017, had attended the same news conference at a Grand Prix. Todt was emotional as he asked people to stand for the minute of silence.

The death of the popular and widely-acclaimed F1 veteran shocked drivers and the entire racing community. F1’s managing director for motorsport Ross Brawn and Ferrari team principal Mattia Binotto were among friends and colleagues who wore black arm bands as a mark of respect for Whiting.