WOODLAND PARK, N.J. – The gunshots that killed the alleged boss of New York’s infamous Gambino crime family Wednesday night could be called the mafia’s crackling proof of life: Yes, we are much diminished. But we’re still here. And we’re still dangerous.

Authorities have released little information on the death of Francesco “Franky Boy” Cali, 53, of Staten Island. But mafia watchers across the region suspect that a rival ordered a hit on the boss. And at least one thinks the killing was meant to send a message.

“It’s a high-level thing,” David Shapiro, a distinguished lecturer at the John Jay College of Criminal Justice, told NorthJersey.com and the USA TODAY Network New Jersey. “They exterminated the rat. You kill them like that – six bullets, in front of his house at 9 p.m. – you’re saying loud and clear that this guy’s demise was meant just like a sewer rat. It’s serious business.”

It was a bloody death for an otherwise unremarkable don. He lacked the swagger of John Gotti, his strutting 1980s-era predecessor, or the pure menace of earlier bosses like Al Capone or Vito Genovese. If Cali’s killing was indeed a hit, it was far less spectacular than the execution of Paul Castellano, who was famously killed as he got out of a black limousine outside a midtown Manhattan steakhouse in 1985.

Castellano, known as “Big Paul,” was the last New York don to be killed in such fashion. Cali’s death drew immediate parallels, though it happened on a tree-lined street in a quiet outer-borough neighborhood during an era when the mob is widely viewed as a shadow of its former self. 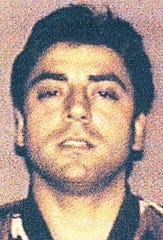 “It just goes to show that the mob isn’t quite dead,” said Christian Cipollini, an organized crime historian who operates ganglandlegends.com. “I get asked this all the time: ‘Does it still exist?’ Yes, the American mafia will always exist. It’s just to what degree is the question.”

Cali lived in the same Staten Island neighborhood as Castellano but oversaw a much feebler organization. Between the 1930s and 1980s, New York’s “Five Families” had their tentacles in everything from building construction to the garbage industry to the Fulton Fish Market.

But its power shrank in part because of the Castellano assassination, said Larry McShane, a reporter for the New York Daily News who has written two books about the mafia. Gotti, who ordered the hit so he could seize the Gambino crown for himself, courted the media spotlight and caught the attention of law enforcement as a result.

He and other mob figures were widely prosecuted in the 1980s and 1990s, further gutting the families and poisoning the public’s perception of the once-glorified mobster, McShane said.

“I think the mob has been demystified to a large degree over the years – I don’t think anybody sees them as the Corleones, this kind of nice family,” McShane said. “They’re not sympathetic characters. A lot of the details in the cases in the ’80s and ’90s made it clear just how much murder was involved. I don’t think there’s much mystery or allure to the mob life anymore.” 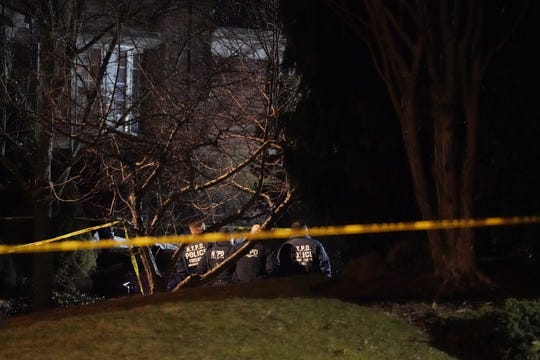 Still, organized crime appears to be enjoying at least a slight resurgence in both Italy and America, according to Cipollini. But as legitimate business in America changes, so has the mobster’s approach to ripping it off. Construction is down, unions are depleted and state and federal authorities stand ever-ready to crush organized crime under an avalanche of racketeering charges.

This has pushed the mafia away from its traditionally rigid command structure and into an era of smaller cells operating on their own, a job at a time. Yes, the mob has joined the gig economy, said Shapiro, of John Jay.

“The structure is looser,” Shapiro said. “You don’t need a 20-person crew; you can have four or five members and be very fluid and do different things … but the opportunities are not as plentiful. So they have to be creative: identify theft, credit card scams, counterfeit goods. Whatever scheme you can make.”

Cipollini echoed this, saying the mob will make money whichever way it can. And it’s always going to call the New York/New Jersey area its home – no matter how much the “families” shrink.

“They’re not going to be El Chapo and run a giant cocaine and heroin business, but they’ll certainly get their piece of the pie in their respective geographic region,” Cipollini said.

Cali was known as an “ambassador” between the Gambino family and mobsters in Sicily. Authorities say he may have been lured out of his red-brick colonial-style home by a gunman who backed his pickup into Cali’s Cadillac, damaging it.

A video showed the assailant pulling a 9mm handgun and firing on Cali about a minute into their conversation, said Dermot Shea, chief of detectives for the New York Police Department. Shot several times, Cali tried to crawl under his SUV to hide. The gunman sped away in a pickup truck. No arrests have been made.

An emergency medical team rushed Cali to a hospital, where he was pronounced dead.

Some experts say Cali’s death may have stemmed from a personal slight, or a concern that he was about to flip and help law enforcement. Or it may have been something simple, like an old-school turf war in which a rival wanted Cali’s business and thought the only way to take it was by force.

In the end, Cali’s grisly death may be his lasting legacy.

“In recent years, I’d say it’s more likely that a boss would be taken out by federal prosecutors than by somebody with a gun,” McShane said. “The biggest headline he ever made was getting murdered by his cohorts.”