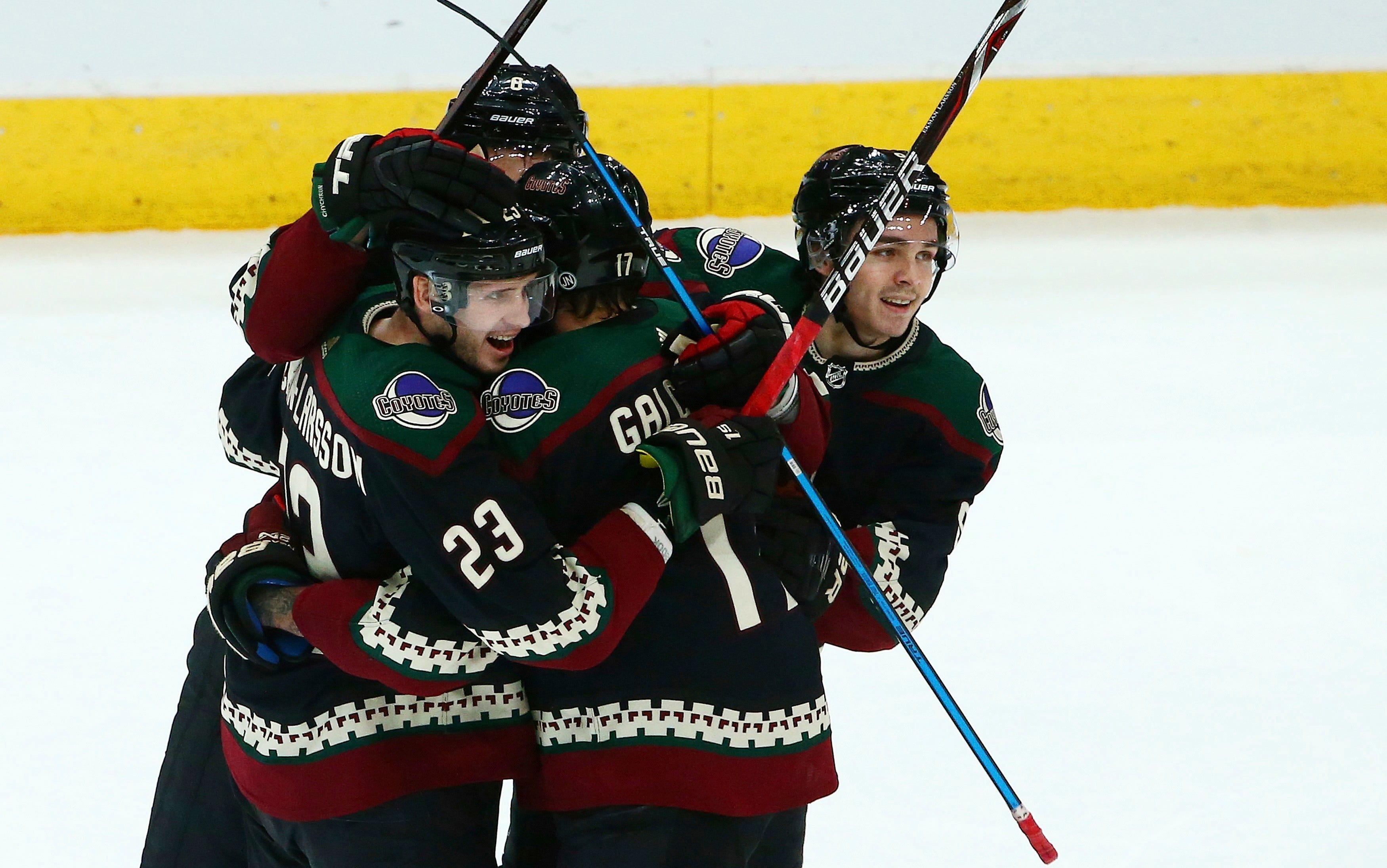 GLENDALE, Ariz. (AP) — Connor McDavid remained on pace to set a career high for points for the third straight season — and kept the Edmonton Oilers on a roll, too.

McDavid scored two goals, including the winner in overtime, to lead the Oilers to a 3-2 victory over the Arizona Coyotes on Saturday night.

The Edmonton star controlled the puck at his feet right out in front and put it past Darcy Kuemper 58 seconds into the extra period for the Oilers, who are 8-3-1 in their last 12 games while making a late playoff push. It was the third overtime goal of the season for McDavid, who also had an assist earlier in the game.

“Klef made a great play, found me,” McDavid said of linemate Oscar Klefbom. “Didn’t handle it all that perfect. Just tried to get it on net and found a way.”

Matt Benning also scored for Edmonton, and Mikko Koskinen made 28 saves to win for the sixth time in his last seven starts.

“I’ve liked our game coming back from the bye week, minus a couple of hiccups here and there,” McDavid said. “We haven’t necessarily been rewarded by it, but we are starting to now.”

Alex Galchenyuk had his third two-goal game of the season for the Coyotes, who lost for just the fourth time in their last 14 games. Arizona remained one point behind Dallas for the first wild-card spot in the Western Conference.

McDavid has 36 goals this season and is on an 11-game point streak. He has a point in 19 of his last 20 games and has seven straight multipoint games, with three goals and 13 assists during that stretch. McDavid is second in the league with 103 points after having 108 last season and 100 in 2016-17.

Leon Draisaitl tied his career high with his 48th assist of the season.

“We ask a lot of Connor and Leon, and they deliver,” Oilers coach Ken Hitchcock said. “They deliver most nights, and they really delivered tonight. It was a hard game against a very significant opponent.”

Darcy Kuemper made 22 saves for the Coyotes while making his 13th consecutive start.

McDavid scored his first short-handed goal of the season 3 1/2 minutes into the game to give the Oilers a 1-0 lead. He broke around Oliver Ekman-Larsson on the right side and beat Kuemper with a back-hander high on the glove side.

Galchenyuk scored his eighth power-play goal of the season to tie it at 1 at 18:24 of the first period. Galchenyuk leads the Coyotes with 17 goals.

Benning and Galchenyuk scored 12 seconds apart early in the second period to tie it at 2.

It was Benning’s third goal in the last three games.

“It’s just putting yourself in the right spots, and there are good players around on our team,” Benning said. “I thought there was a lot of energy today. That was a tough road win. The winning goal was kind of fitting of the way we want to play.”

The Coyotes had a chance to take the lead, but Brad Richardson and Conor Garland each hit the right post in the final 4 1/2 minutes of the second period and the game remained tied.

“McDavid, Draisaitl, those guys are elite players,” Arizona coach Rich Tocchet said. “Edmonton is a desperate team. They have two of the best players in the world. They are fighting and scratching. They played hard tonight. So did we. That was a playoff-type hockey game.”

Oilers: Play the second game of three-game trip at Las Vegas on Sunday, finishing the 10th of their 11 back-to-backs this season.

Coyotes: Play the first game of a four-game Eastern trip at Tampa Bay on Monday. Michael Grabner scored two short-handed goals in the Coyotes’ 7-1 victory Oct. 27, the Lightning’s most lopsided loss of the season.