Our cultural and economic priorities are misaligned. Enjoy the games, but remember that colleges have a mission higher and broader than basketball.

Many of your family, friends and colleagues — and maybe you — are about to become obsessed with college basketball.

March Madness is here, and if it matches recent years, the 68-team NCAA men’s basketball tournament will generate an audience approaching  100 million people in 180 countries watching on television and 700,000 to 800,000 attending live games. The NCAA will rake in about  $900 million from TV commercials, ticket sales, corporate sponsorships and other sources. In excess of $10 billion will be wagered (most of it illegally).

Those are insane numbers. So are these.

College student debt has climbed to roughly $1.57 trillion in this country, more than the amount owed for  credit-card balances. Appropriations for public colleges and universities — the schools most students attend — have declined precipitously over the past  two decades, triggering a 243 percent spike in in-state tuition and fees at public universities. 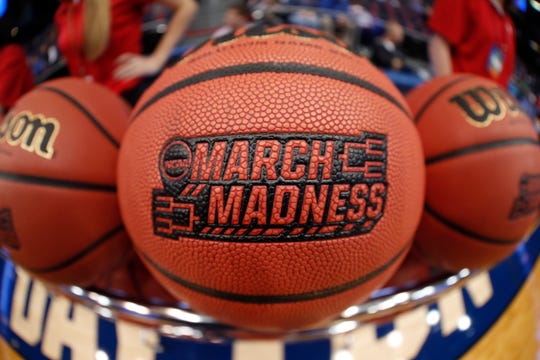 College admissions bribery scandal: My students know this is how things work

The truth about the celebrity college scandal: Bribing admissions officials isn’t worth it

Not to kill the buzz. The NCAA tournament is great fun. The bracket intrigue, the buzzer-beaters, the awesome athleticism, the little-school-over-big-school upsets, the pressure and suspense — these make the tournament a real-life drama that rivals any movie or novel. It’s not for nothing that corporations suffer an estimated  $6 billion in losses to worker distraction and lower productivity during the tournament. As if the men’s games weren’t enough, there’s the  women’s tournament providing its own fire-hydrant blast of action and drama.

As defenders of this cultural phenomenon will be quick to note, this hoops madness spills over into increased alumni donations to alma mater while boosting schools’ visibility and student recruitment efforts.

There’s some truth to this (although  research suggests that the spillover effect is overblown). But the following figures ought to set off our alarm bells and direct our attention away from sports for a minute to focus on colleges’ educational mission and importance to society.

Debt trap: We need it but can’t afford it

Nine out of 10 jobs created these days to go those with college degrees. These jobs typically require complex analysis and decision-making as well as advanced communication and administration skills — the stuff they teach in college, in other words. Holders of bachelor’s degrees typically earn 66 percent more than those with only a high school diploma and are far more likely to avoid unemployment. They earn, on average, $1 million more over their lifetimes than workers without postsecondary educations. And those benefits don’t even factor in what a college education does to equip people for good citizenship and informed participation in our democracy.

True, many grads are driven, intelligent people who would do well even without a degree. But overall, you can’t ignore the numbers and what they say about the near-necessity of a college education for many people coming of age today.

Some $30,000 or $40,000 in student debt — more if you’ve gone to graduate school — is a heavy ball and chain. It affects a young adult’s life in profound ways, delaying, or even ruling out, marriage and home ownership. It can force recent graduates to gear their career choices to making money rather than doing what they feel “called” to do or what society most needs.

Even if you are put off by the rising hue and cry for free public college tuition, you can at least understand where it’s coming from and acknowledge the adversity we lay at young people’s feet.

A culture of misaligned priorities

None of this is any good for the economy and country, of course. Studies such as this by Georgetown University find the U.S. falling millions of people short of the university-educated workers needed to fill the jobs being created in today’s knowledge economy.

For me, the culture’s misaligned priorities were brought vividly to life on college football Saturdays when I lived in Portland. University of Oregon fans swarmed the downtown streets in their green and yellow en route to game-watching parties at jam-packed sports bars. There was a curious disjuncture, I noticed, between the passion for the football team and the overall lack of support for the educational mission of the U of O and other public universities in the state. The football team’s national ranking was usually near the top those days. Appropriations for the state university system? Just the opposite.

Whether college sports excite us or not, we should donate to scholarship funds at our alma mater or other schools if we are able. We should stand up for policies and politicians supporting affordable higher education. We should get behind efforts to downsize student debt and spare the students of the future.

Enjoy March Madness. But for the good of the country and the up-and-coming generation, let’s stretch our interest in the student athletes on the basketball court to the regular students in the classrooms and labs. Higher education has a purpose that’s higher, and broader, than providing basketball entertainment for the masses.

Tom Krattenmaker, a member of USA TODAY’s Board of Contributors, directs communications at Yale Divinity School and writes on religion and values in public life. His latest book is “Follower.” Follow him on Twitter: @TKrattenmaker