CHICAGO – The Illinois Supreme Court on Tuesday rejected a bid by prosecutors to resentence a former Chicago police officer for the controversial shooting death of Laquan McDonald, a black teen whose killing exacerbated tensions between police and the city’s African-American community.

Officer Jason Van Dyke was sentenced in January to six years and nine months in prison for the murder of the teen in 2014. He was convicted last year of second-degree murder and 16 counts of aggravated battery with a firearm, one count for each shot fired at the teen in the October 2014 incident.

But McDonald’s family and civil-rights activists said the sentence was too lenient.

Two of the seven Illinois Supreme Court justices offered a dissenting opinion to the order denying the petition for resentencing. One justice, Mary Jane Theis, did not take part in the decision.

Under Illinois statute, the aggravated battery charge is the more serious one.  With the high court’s ruling, Gaughan’s sentencing will stand.

“The trial court’s actions here were clearly improper as a matter of law,” Justice Thomas Kilbride wrote. “Under these circumstances, I believe this court should enter a supervisory order directing the trial court and resentence Van Dyke in accordance with the applicable sentencing law, including this court’s relevant decisions.”

The majority did not offer an opinion explaining its ruling. 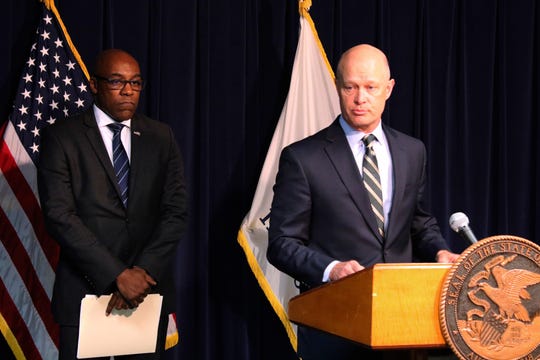 In filing their petition last month, Illinois Attorney General Kwame Raoul and special prosecutor Joseph McMahon acknowledged their attempt for winning a resentencing was unusual and, perhaps, a long shot.

Raoul expressed disappointment that the court’s majority chose not to offer any insight into how it ruled.

“The majority’s denial, without explanation, does not confirm whether Judge Gaughan’s sentence is consistent with Illinois law,” Raoul said. “Nonetheless, we recognize and respect the court’s authority, which it can exercise without a specific request.”

“We hope that the decision will strike a fatal blow to the political exploitation of the death of Laquan McDonald,” Herbert said in a statement. “Our judicial system may not be perfect. However the bedrock of the system maintains that all defendants, including unpopular ones, are entitled to fair and impartial treatment.”

Prosecutors said Van Dyke should have received an 18-to-20 year sentence under the state’s guidelines.

Although he was convicted on state charges, Van Dyke is serving his sentence at a medium security federal prison in New York.

He was transferred to the facility this month after being assaulted by fellow inmates at another federal prison in Connecticut last month. Van Dyke suffered facial injuries in the Feb. 7 attack inside his cell, according to his attorney Tammy Wendt.

State law requires that Van Dyke serve at least 50 percent of the sentence. He served some three months as he awaited sentencing, so he could be out of prison in  less than three years.

Van Dyke confronted McDonald after police were called to a parking lot on the southwest side of Chicago on the evening of Oct. 20, 2014, in response to reports of a person breaking into trucks and stealing radios.

Officers arrived to find the 17-year-old McDonald walking erratically in the street with a small knife.

Van Dyke pulled up to the scene, got out of his squad car and within seconds opened fire. He shot the teen 16 times. The shooting was captured on police dashcam video.

The city was forced by court order to release video of the shooting 400 days after the incident, the same day prosecutors announced charges against Van Dyke.