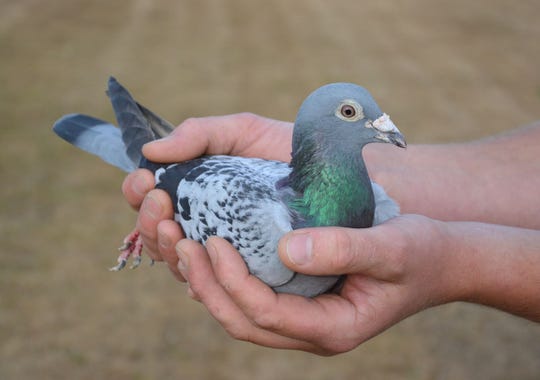 This one is for the birds: A racing pigeon considered one of the best ever was sold at an auction for a record $1.4 million.

According to PIPA.be, a pigeon-racing website based in Belgium which managed the auction, the pigeon named Armando grabbed the record-breaking amount after a bidding war ensued between two Chinese buyers.

On Sunday morning, the auction for Armando reached roughly $603,000 before jumping to the final $1.4 million mark in an hour. The previous record for a single pigeon was about $427,000, said PIPA.

PIPA said Armando is considered Belgium’s best long distance bird of all time. The Guardian reports Armando has been described as “the Lewis Hamilton of pigeons,” an homage to the Formula 1 race car driver.

Armando was part of a group of 178 pigeons, including seven of his offspring, sold at auction for approximately $2.7 million, the third-highest ever, said PIPA.

Joël Verschoot, the seller of the pigeons, tells The Guardian he spent 12 hours a day working with the pigeons since taking up the hobby. “This is a crowning glory of all those years in the pigeon sport. The icing on the cake,” he said.

Jiangming Liu, a representative for PIPA in China, told CNN they knew Armando would command a higher price, but did not expect the final million-dollar bid. “We’re all surprised,” he said.