Meet the twelve freshman women legislators who helped make the Nevada Legislature a female majority, the first in the nation.
Jason Bean, RGJ

RENO, Nev. — More Nevada teenagers would be allowed to drive under a bill set to be heard in the Nevada Legislature.

Assembly Bill 213 seeks to expand an existing state law that lets rural Nevadans as young as 14 drive to school in small towns and counties where the school district doesn’t provide transportation.

The measure, backed by Assemblywoman Alexis Hansen, R-Sparks, would grant that privilege to charter school students regardless of where their school is located.

That means 14-year-old’s could soon be driving back and forth to schools that don’t provide a ride to students, even in large counties like Washoe and Clark. 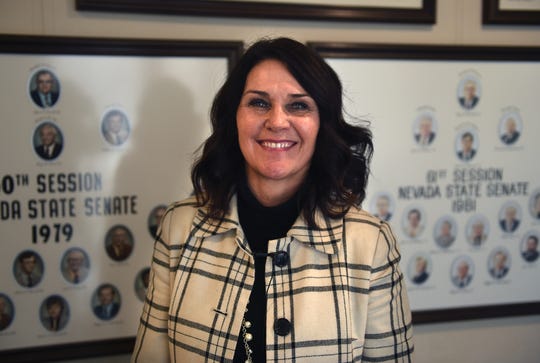 Safest cars for teen drivers: These used cars could save your teen’s life in an accident

Opinion: Lower the voting age to 16 for federal elections?

Hansen represents a sprawling, largely rural district that extends east from Sparks to Battle Mountain and as far south as Hawthorne.

But three of of her bill’s co-sponsors are from much more densely populated parts of Southern Nevada, including Assemblyman Chris Edwards, R-Las Vegas and state Sen. Keith Pickard, R-Henderson.

The bill is set for a hearing at 1:30 p.m. on Thursday in the Assembly’s Growth and Infrastructure Committee.

Nevada drivers can already get a learner’s permit at age 15 1/2, so long as they bring along a passenger who is 21 with at least a year of driving experience.

The Silver State is one of a handful that allows drivers with learner’s permits as young as 15. South Dakota allows learners at age 14 and issues restricted licenses at 14 1/2.

More: These 10 cities have the most aggressive drivers in the nation

More: On a cell phone during a car crash? Nevada may let cops use technology to find out