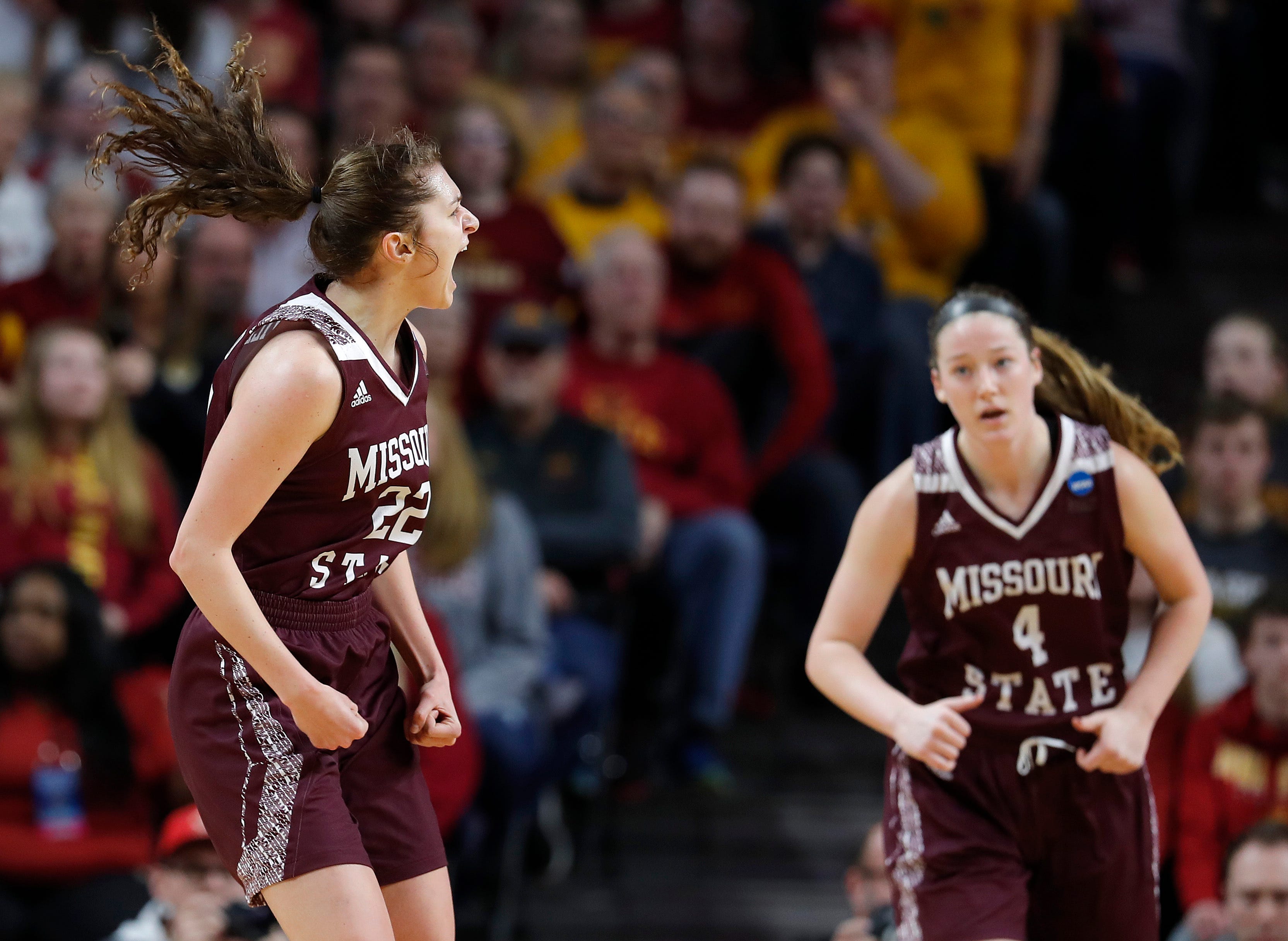 Abby Hipp had 11 points and Danielle Gitzen scored 10 for the Lady Bears (25-9), who will compete in an NCAA Tournament regional semifinal for the first time since the Jackie Stiles-led team in 2001. They’ll face either Stanford or BYU in Chicago after becoming the ninth team in 10 years to reach the Sweet 16 as a double-digit seed.

Iowa State (26-9) played much of the fourth quarter within a possession of the lead, only to let Missouri State answer time and time again. Sydney Manning extended the Lady Bears’ lead to 60-54 on a 3, her only field goal of the game, and Willard followed with a jumper.

Gitzen answered an empty Cyclones possession with two free throws, and Bridget Carleton threw the ball away at the 1:07 mark with Iowa State down 65-58. The Cyclones then inexplicably failed to foul Missouri State, allowing the Lady Bears to burn nearly 30 seconds off the clock.

Carleton had 31 points in her final game to lead Iowa State, which shot a ghastly 2 of 17 on 3s and 35.6 percent overall.

Missouri State controlled the first half, jumping ahead 33-30 at the break after Iowa State — which makes 8.9 3s a game — missed its first five tries from deep. A 10-2 run to open the second half gave the Lady Bears a 43-32 lead midway through the third quarter.

Finally faced with the idea that their Cyclones were in trouble, Iowa State’s fans got into the act. The Cyclones followed, reeling off nine quick points to make it a one-possession game. But a crucial 3 by Willard helped Missouri State push its lead to 49-45 entering the final quarter.

It might have seemed as though a game-deciding run was inevitable for the Cyclones. But it was the Lady Bears, fresh off a dominant win over sixth-seeded DePaul, who took control when it mattered.

The jubilant Bears ran into the crowd to celebrate with their band after the final horn, and a few of them picked up coach Kellie Harper’s son in celebration while screaming “We’re going to Chicago!”

Iowa State: The Cyclones fell a game shy of matching the school record for wins in a season. This was a brutal way to end the year — but it was still a remarkable turnaround for a program that bottomed out at 14-17 a year ago.

Missouri State: The Lady Bears have beaten three straight ranked opponents — Drake, DePaul and Iowa State — in road or neutral games. They’ll be underdogs the rest of the way, but they’re much more dangerous than their mid-major backstory might suggest. Iowa State was just the fifth opponent in 34 tries to outrebound them, and even then it was just 38-37.

Missouri State moves on to the Chicago Regional semifinals.

Lightning rally past Bruins for 59th win; record in sight