Education Secretary Betsy DeVos’ proposal to eliminate federal funding for the Special Olympics has drawn strong reaction on Capitol Hill and beyond.

The $17.6 million would be a small part of $7 billion in proposed cuts that would trim department spending by about 10 percent. DeVos, however, seeks additional funding for a few programs, including charter schools and a tax credit for individuals and companies that donate to scholarships for private schools.

“We are not doing our children any favors when we borrow from their future in order to invest in systems and policies that are not yielding better results,” DeVos said Tuesday in prepared testimony before a House subcommittee considering the Department of Education’s budget request for the next fiscal year. 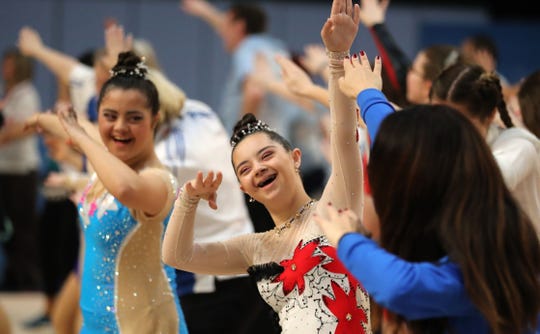 Global program for people with disabilities

Special Olympics supports over 5 million athletes, 1 million coaches and volunteers and more than 100,000 competitions each year in about 170 countries. Special Olympics also provides educational programs for thousands of schools.

Rep. Barbara Lee, D-Calif., called the proposed cut “appalling,” adding that she “can’t understand why you would go after disabled children in your budget.” Sen. Roy Blunt, R-Mo., chairman of the Senate subcommittee over the education budget, said flatly that the “appropriations bill will not cut funding for the program.”

Julie Foudy, former captain of the U.S. women’s soccer team, tweeted: “You need to only spend .01 minute watching these @SpecialOlympics athletes perform to understand the power of this program.” Pittsburgh Steelers cornerback Joe Haden tweeted that “This is so wrong on so many Levels! I will continue to spend my time and resources with the @SpecialOlympics now more than ever. I’m Literally sick 2 my stomach!!!!!”

Devos said Special Olympics is able to raise more than $100 million every year in private money. There are dozens of worthy nonprofits that support students and adults with disabilities that “don’t get a dime of federal grant money.”  The federal government cannot fund every worthy program, particularly ones that successfully fund-raise, she said. She added that the government supports the nation’s 7 million students with disabilities through a $13.2 billion budget request that matches the level appropriated by Congress. “It is unacceptable, shameful and counterproductive that the media and some members of Congress have spun up falsehoods and fully misrepresented the facts.”

Timothy Shriver, chairman of Special Olympics International, said the traditional Special Olympics program funded by philanthropy involves 500,000 U.S. athletes every year. The Education Department, in partnership with state Departments of Education and local education authorities, provides funds for contracts with Special Olympics, he said. Those deals provide educational services in schools, supporting the development of children with special needs and “teaching of critical, social and emotional skills such as grit, perseverance and inclusion,” he said.