CINCINNATI — The Ohio man who claimed to be Timmothy Pitzen, an Illinois boy who went missing in 2011 at age 6, has been charged with making false statements to a federal agent, according to the FBI.

According to the FBI, Brian Michael Rini, 23, told investigators he heard about Timmothy on TV’s “20/20,” and said he wished he had a father like Timmothy’s.

Rini is accused of telling the FBI he was being held captive in a hotel room and forced to have sex with men, according to a criminal complaint.

U.S. Attorney Ben Glassman said law enforcement responded to the situation “exactly as you would hope they would,” contacting other federal and local law enforcement. 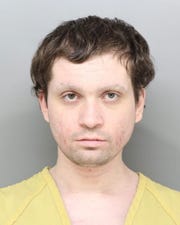 A Cincinnati police officer working with the FBI task force spoke to Rini who insisted he was Timmothy Pitzen until confronted with DNA evidence.

Glassman said Rini had twice before claimed to be a victim of child sex trafficking. In those cases, his fingerprints were used to debunk him, Glassman explained.

Glassman said the search for Timmothy is still ongoing.

More: Timmothy Pitzen vanished in 2011. His mom wrote a note that said ‘you will never find him’

“My heart goes out to the family of Timmothy Pitzen,” Glassman said. “I can only imagine the pain they’ve been through.”

Herb Stapleton, a Cincinnati FBI acting special agent in charge, said, “false reports like this one can be painful to the families of victims,” and also waste valuable law enforcement resources.

Stapleton’s counterpart in Louisville, Robert Brown, said the outpouring of support regarding this case “gives everyone hope” that Timmothy will be found.

On Wednesday, Rini told police he was Timmothy, who has been missing from Illinois for nearly eight years. DNA tests showed that he was not the boy.

Rini’s name came up in a DNA database, officials said.

He has an adult criminal record dating back to 2013.

Who was first to launch 5G? Depends who you ask